/  Resources  /  Worlds Apart: Reproductive health and rights in an age of inequality

Worlds Apart: Reproductive health and rights in an age of inequality 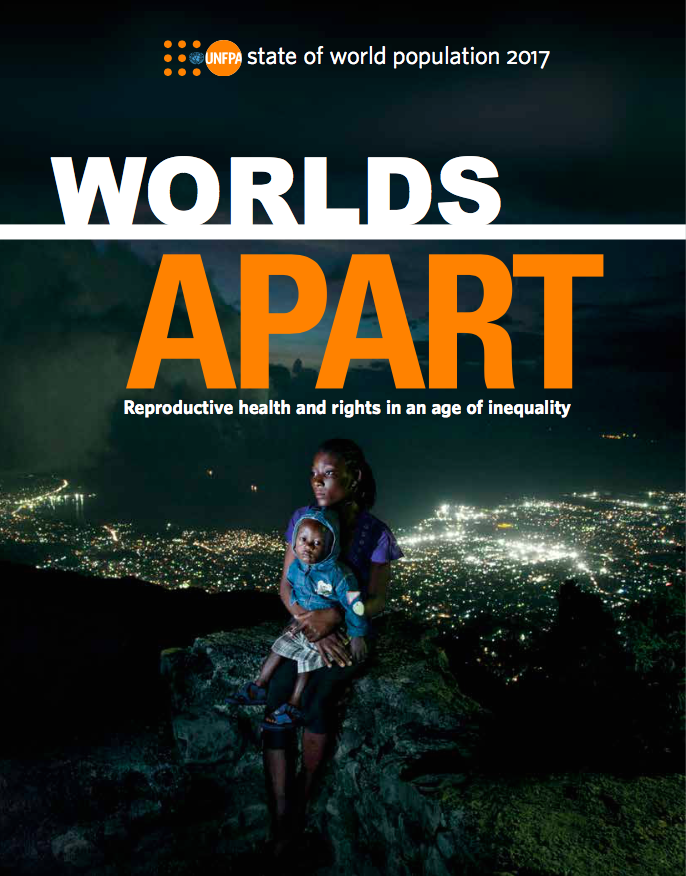 In today’s world, gaps in wealth have grown shockingly wide. Billions of people linger at the bottom, denied their human rights and prospects for a better life. At the top, resources and privileges accrue at explosive rates, pushing the world ever further from the vision of equality embodied in the Universal Declaration of Human Rights.

Right now, the combined wealth of the world’s 2,473 billionaires, as calculated by Wealth-X, exceeds $7.7 trillion. That’s equivalent to the combined gross domestic product of an astonishing four fifths of the world’s countries in 2015. It means that while some privileged households budget for billions, many hundreds of millions of families barely scrape by on less than $1.25 a day.

This is a path that we pursue at our peril. The yawning gap between the richest and the poorest is not only unfair, but a risk to economies, communities and nations. In 2015, in recognition of this risk, the world’s governments agreed that the path to sustainable development for the next 15 years must be built on a foundation of equality, inclusiveness and universal enjoyment of rights.

Inequality is often understood in terms of income or wealth—the dividing line between the rich and poor. But, in reality, economic disparities are only one part of the inequality story. Many other social, racial, political and institutional dimensions feed on each other, and together block hope for progress among people on the margins.

Two critical dimensions are gender inequality, and inequalities in realizing sexual and reproductive health and rights; the latter, in particular, still receives inadequate attention. Neither explains the totality of inequality in the world today, but both are essential pieces that demand much more action. Without such action, many women and girls will remain caught in a vicious cycle of poverty, diminished capabilities, unfulfilled human rights and unrealized potential—especially in developing countries, where gaps are widest.

The unmet demand for family planning in developing countries, for example, is generally greatest among women in the poorest 20 per cent of households. Without access to contraception, poor women, particularly those who are less educated and live in rural areas, are at heightened risk of unintended pregnancy. This may result in health risks and lifelong economic repercussions. The lack of power to decide whether, when or how often to become pregnant can limit education, delay entry into the paid labour force and reduce earnings.

Making information and services more widely available and accessible will lead to better reproductive health outcomes. But this is only part of the solution. Unless we start addressing the structural and multidimensional inequalities within our societies, we will never attain the highest standard of sexual and reproductive health for all. This standard was envisaged by the 179 governments that endorsed the Programme of Action of the 1994 International Conference on Population and Development (ICPD), which guides the work of UNFPA, the United Nations Population Fund. The ICPD affirmed that closing disparities for women and girls in income, education, employment and other areas will largely depend on enabling women and girls to fully realize their reproductive rights. If the objectives of the ICPD—and the new 2030 Agenda for Sustainable Development—are met, humanity will be well on its way to a more equal world, with more inclusive and vibrant economies. Most important of all, this is the path to human dignity for every woman and every girl, everywhere.