/  Resources  /  Three reasons why the ICPD matters to you

Three reasons why the ICPD matters to you 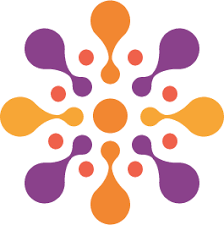 The International Conference on Population and Development  (ICPD) took place in Cairo in 1994. 179 world leaders reached a consensus and adopted a  programme of action, which enshrined individual reproductive rights as a basic human right. For the first time, the ICPD shifted the focus from demographic targets to human lives. Leaders promised universal access to reproductive health services and information, and vowed to reduce maternal deaths and end gender-based violence. The ICPD agenda also recognized  women empowerment as a prerequisite for sustainable development and called upon governments to invest in young people, end poverty, and protect migrants and displaced people.

25 years later, the Arab states region has made progress in reaching those goals. Maternal deaths dropped by 43 per cent. There is better data on gender-based violence, which is a precondition to act against it effectively. Child marriage dropped by 9 per cent and more women than ever can find and use family planning services and take control  of their futures.

This year, world leaders will come together again in Nairobi to celebrate the 25th anniversary of the ICPD and to renew their commitment to its agenda.

But why should you care about the ICPD?

1. Because it’s about your life, your body and your rights:

The ICPD guarantees your basic right to choose how many children you want or if you want children at all. Your right  to access to family planning services, treatment for sexually transmitted infections, and medical support for reproductive health issues are all part of the  ICPD programme of action. The ICPD was the first time international consensus was reached that your reproductive rights are basic human rights and include “the right to make decisions concerning reproduction free of discrimination, coercion and violence.”

At a time when fears of overpopulation were taking the world by storm, the ICPD agenda placed human lives, not numbers at the centre of the sustainable development agenda. This shift redefined the work of development by reimagining what success means. That human-centric approach to development lived on in subsequent international development agendas including the Millennium Development Goals (MDGs) and the Sustainable Development Goal (SDGs). Development indicators now typically include your ability to exercise your rights, your health and education, and the quality of your life and your environment.

In the opening plenary, Nafis Sadik, the Secretary General of the Conference and former UNFPA Executive Director noted:

“People are at the heart of the [development] process, as agents and as beneficiaries. We have it in our power to lighten their burdens, remove obstacles in their path and permit them the full flowering of their potential as human beings.”

2. Because the ICPD is proof that international cooperation can work:

The issues were very controversial. There were demonstrations, boycotts, and some critical  media coverage. But, against all odds, the ICPD programme of action was widely endorsed and more daring than anything that preceded it.

How? Because it was debated out in the open. Public and technical dialogues around the issues covered by the ICPD reached far and wide and left nobody out. And because it succeeded in focusing on the aspirations that united everyone rather than the differences that kept them apart.

Back in 1994, the ICPD had 10,757 participants from governments, intergovernmental agencies, non-governmental organizations and news media. 4,000 additional people attended the independent NGO forum that was organized alongside the conference.  Renewing commitment to the ICPD agenda means to also look back and aspire for international cooperation to become an inclusive vehicle for change once more.

3. Because it’s about having a better, sustainable economy where you and your children can live with dignity:

The ICPD explained the links between human rights and economic growth. Issues of gender equality and women empowerment were not only discussed as human rights issues, but were firmly positioned as pre-conditions for achieving developmental agendas. Reproductive choices and access to reproductive health were clearly linked to economic advancement. Investing in youth, protecting migrants and refugees and reducing poverty were seen as perquisites for change, not just results of it. The UN Secretary General at the time, Botrous Botrous Ghali, said in his opening statement:

In that regard, the Arab region has an opportunity for rapid growth. Young women and men are the overwhelming majority of the region’s population. This means most people in the region are in the time of their lives when they can work, produce and add to the economy. If women are empowered to make decisions about their bodies and to live free from violence, they are more likely to contribute to the economy. If couples have access to family planning information and services and good reproductive healthcare, they are more likely to make responsible decisions about how many children to have and when. If, on top of all that, this young generation is healthy, well-educated and able to find decent employment, then the region will achieve quick development. We call this opportunity “the demographic dividend.” This means a better life for everyone, as well as less poverty and increased chances for lasting peace.

Join the conversation at #ICPD25 and share your thoughts about what, in your opinion, should be prioritized in the ICPD 25th anniversary in the Nairobi summit scheduled in November 2019.