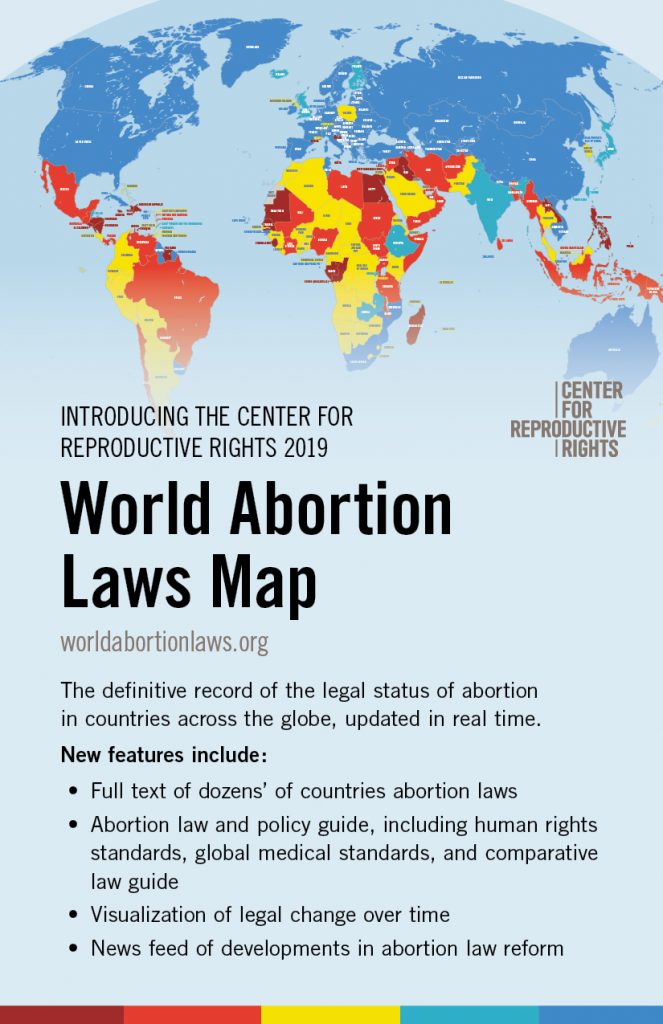 The Center for Reproductive Rights’ shares the 2019 edition of their World Abortion Laws Map! The revamped interactive website has a suite of new features, including an abortion law and policy guide, to support advocates in advancing reform, and a tool to track progress over time.

The World Abortion Laws Map is the definitive record of the legal status of abortion in countries across the globe. Since 1998, the Center for Reproductive Rights has produced this map as a resource for advocates, government officials, and civil society organizations working to advance abortion rights as human rights for women and girls* around the globe. The map categorizes the legal status of abortion on a continuum from severe restrictiveness to relative liberality. It is updated in real time, reflecting changes in national laws so human rights advocates can monitor how countries are protecting—or denying—reproductive rights around the world.

Although this resource uses female pronouns as well as the term “women and girls,” we recognize that people who do not identify as women also need access to abortion.

The World Abortion Laws Map includes supplementary tools and resources to assist advocates and policymakers in advancing abortion reform. These include:

A list of countries categorized by their abortion law can be accessed by downloading a PDF of the map.

The categorizations on the map reflect a strict reading of the black letter law in effect in each country. Abortion laws are categorized according to provisions in national statues, legal regulations, and court decisions. Ministerial guidelines are not utilized in categorizing the legal status of abortion on the map unless they have the force of law. Ashurst, DLA Piper, Gomez-Pinzon Zuleta Abogados, and White & Case provided pro bono support in reviewing the laws of each country, with legal interpretations provided by practicing lawyers in each country when available. For the purpose of the map, “countries” include independent states, and where populations exceed one million, semi-autonomous regions, territories, and jurisdictions of special status.

Over the past several decades, monumental gains have been made in securing women’s right to abortion, with nearly 50 countries liberalizing their abortion laws. Some of this reform has been incremental, enabling women to access legal abortion only when there is a threat to her life or when pregnancy results from rape. But many of these changes have been truly transformative, overturning absolute bans on abortion in favor of women’s reproductive autonomy.

The infographic below illustrates the change in countries’ abortion laws over the past 25 years, using the color rubric from the World Abortion Laws Map. The change in color reflects the legality of abortion, before and after law reform was enacted. Where the change in law added enumerated grounds for abortion, these are reflected through lettered icons. 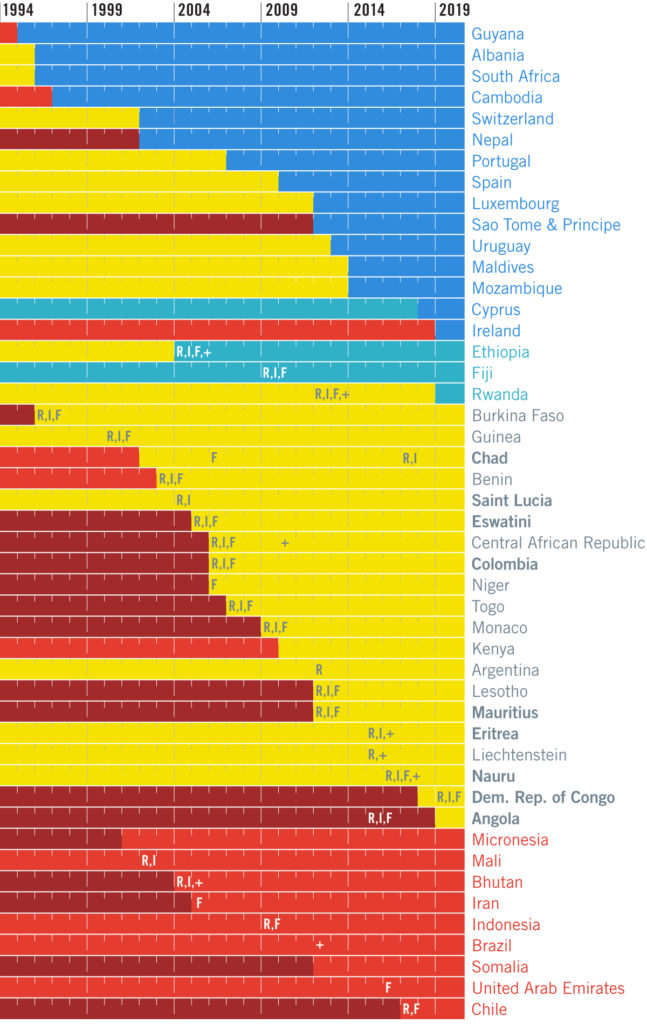