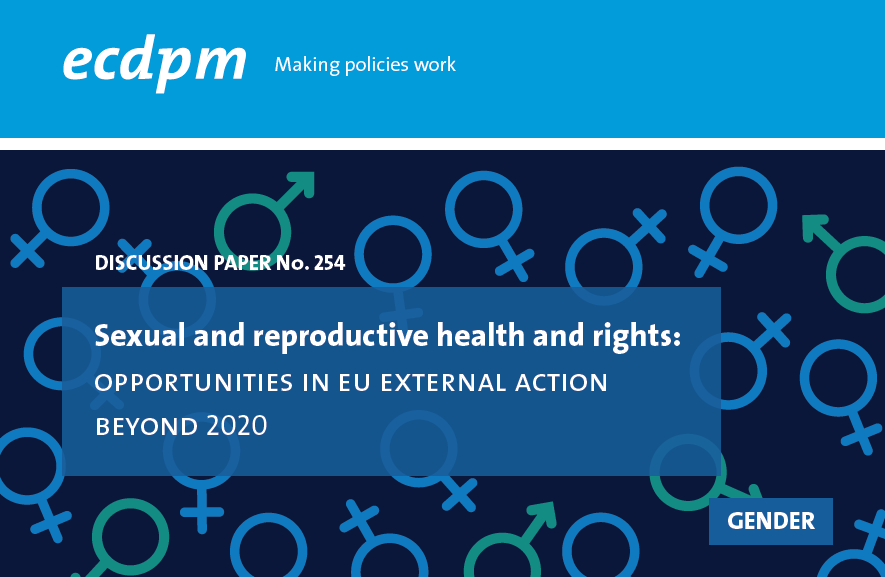 Twenty-five years have passed since the International Conference on Population and Development that laid the foundation for Sexual and Reproductive Health and Rights (SRHR). In this paper, we review the place of SRHR in future EU policies, partnerships and funding, as the EU negotiates a post-Cotonou agreement with the African, Caribbean and Pacific Group of States (ACP) and the next long-term EU budget for 2021-2027 is on the table. Also, the new European leadership will take over, following European elections, amid growing tensions on how to safeguard Europe’s standards on democracy and human rights, both internally and externally. Combined with a more interest-driven EU external action, this creates a challenging climate to build on the EU’s track record on gender and SRHR in its external action.

Our analysis points to four key observations. First, the subtly crafted wording around SRHR will likely continue to be hard-fought in key EU external policy documents and the EU budget. As a result, during policy negotiations, this might require a smart balancing act between safeguarding the acquis on SRHR and accepting ‘good enough’ wording to ensure smart funding and targeted SRHR actions, in more complex and contested environments. Second, concerns have been raised by various actors, on how to protect the comprehensive nature of the SRHR agenda, including the sensitive rights-based dimension. Third, a systematic context analysis during the programming cycle will be required to produce results on the ground. Fourth, there are multiple drivers of change for SRHR and they need diversified forms of support to play their roles effectively.

You can read the discussion paper