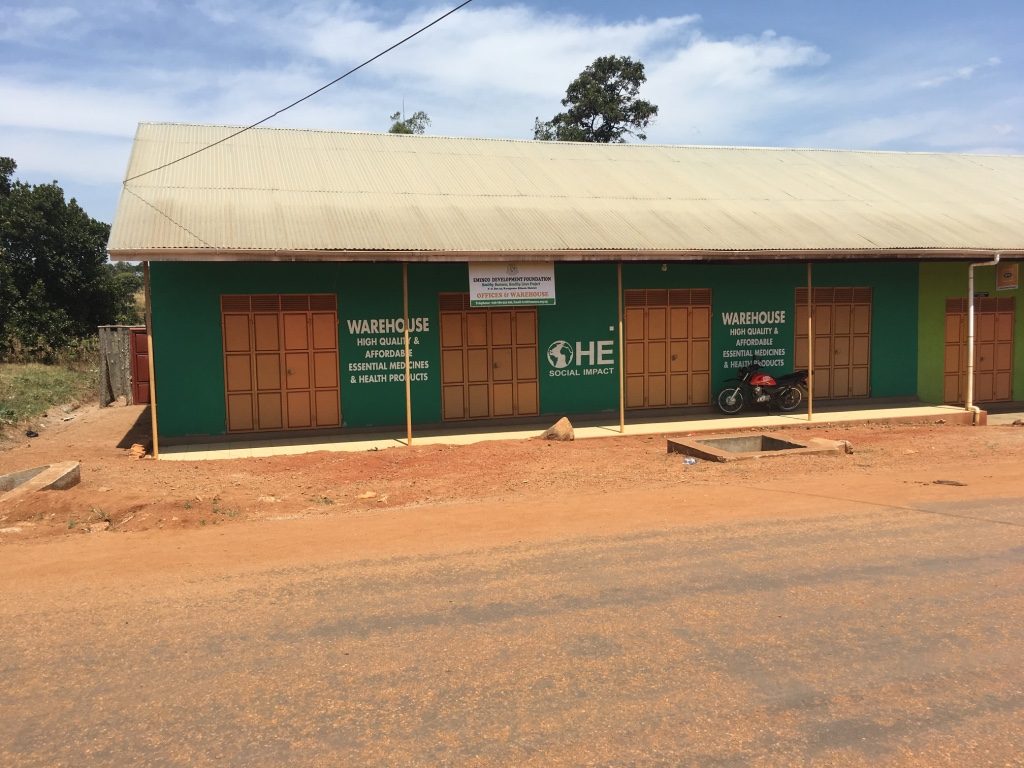 We gladly introduce our first research blog from Katy Elliott a former student at The University of Amsterdam who participated at Share-Net´s Annual Student-NGO event: Linking Research, Policy and Practice. She performed her research on ‘Mobile technologies as a tool for sexual health education’.

Almost one year to the day I left for fieldwork in Uganda, I have been asked to write about my thesis research. This time last year I was apprehensive to say the least – about to embark on an independent two-month research journey with no idea what to expect. I ended up focusing on sexual health almost by accident, as my original topic of interest was the use of technology in development. Because of this interest, I chose to conduct research on the ‘Healthy Business, Healthy Lives’ initiative, which involves health workers called ‘Healthy Entrepreneurs’ travelling door to door and delivering health education to community members using a mobile tablet. The programme is implemented by Dutch organisations Simavi and Healthy Entrepreneurs with Ugandan partner Emesco Development Foundation, in Greater Kibaale, a rural region of Uganda. More information can be found here.

My research base in the town of Karaguuza

While the mobile tablet was originally my main point of interest, my research evolved to focus more upon sexual health. Specifically, I investigated how Healthy Business, Healthy Lives could create a health-enabling environment for the promotion of young people’s sexual health. A ‘health-enabling environment’ is defined in the literature as one which addresses both risk and vulnerability to negative sexual health outcomes, by encouraging people to change their behaviour at the same time as addressing the societal factors which constrict this behaviour1.

I spent the eight-week fieldwork period in the small town of Karaguuza, working with the local team to conduct interviews and focus group discussions with both young people and Healthy Entrepreneurs. Life in Karaguuza was very different to the life I was used to in Amsterdam – I travelled to the surrounding areas by motorbike taxi (sorry Mum), ate the same meals of eggs and beans every day and spent a large amount of time alone with my thoughts. On one memorable occasion, my mouth was watering into my twenty-seventh bowl of beans while I read a blog post written by a fellow class member, who was kindly going into great detail while describing his wonderful and varied culinary tour of Myanmar!

Away from the food, I quickly became aware of the strength of the ‘abstinence-only’ discourse in Uganda and distinctly remember describing it to my supervisor as an all-encompassing discourse which surrounds young people. This was literally true in some cases, as I visited one school where messages including ‘Virginity is Healthy’ and ‘Avoid Bad Touches’ were spray painted onto the walls of the classrooms. This visual cue more than anything drove home to me the limited information young people received about sex and sexual health through formal means. Therefore, a key conclusion of my research was that the Healthy Entrepreneurs and their mobile tablet constituted a vital source of information about sexual health for young people in this region.

Further research findings which concern the role of the tablet are summarised in the box below. In addition to providing important education outside the formal sector, I found that the tablet was a valuable tool because it contains practical information and its novelty encourages young people to engage in discussions
about sexual health. However, I was particularly interested in the disparity between the messages emphasised on the mobile tablet and by the Healthy Entrepreneurs. The tablets – and the educational modules contained within them – are provided to the Healthy Entrepreneurs by an external organisation and the content of the
education is predominately health-based. Although Healthy Entrepreneurs also indicated that they also provided health-based messages, their overwhelming focus was on abstinence, which they consistently raised as the most important subject to discuss with young people about sexual health. In contrast, the term ‘abstinence’ was mentioned on the mobile tablet a total of five times. Therefore, while the Healthy Entrepreneurs are provided with the means to teach about a variety of topics, the information passed onto young people as a result of the programme is dependent on what the Healthy Entrepreneurs choose to share, which in the context of Uganda is largely centred around abstinence.

I was keen for my research to have a positive influence on policy and practice, which means I was thrilled when staff at Simavi indicated they would take into account my findings – including the emphasis on abstinence indicated above – during upcoming training sessions with the Healthy Entrepreneurs. In addition, I have been left with numerous questions I would like to explore further as a result of my research. For example, I am interested in questions of ownership over technologies such as the mobile tablet used in this scheme. Would greater ownership and input into the design of the technology play a role in encouraging the Healthy Entrepreneurs to teach the full range of educational content on the tablet in this case?

In conclusion, while it was challenging at times, I am incredibly thankful for my time in Uganda. I learnt an enormous amount about conducting research and the topic of sexual health and the experience also cemented my desire to work in SRHR, a field I had not considered before. For more information about my research, or simply to chat about sexual health and mobile technologies, I can be reached at: klelliott94@gmail.com. Special thanks to those at Simavi and Emesco Development Foundation who kindly facilitated my fieldwork.

Read the PDF version and do not hesitate to contact Katy for more details.