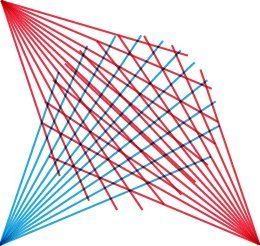 The outcome of the Share-Net thematic meeting on contraception and abortion, May 2015.

Despite the worldwide decrease in maternal deaths by 43% since 1990, most recent estimates suggest that, in 2015, annual maternal deaths still total 303,000 worldwide.[1] One-sixth of maternal mortality is due to the complications of unsafe abortion[1], with nearly 50,000 women dying each year.[2] Additionally, for every maternal death, about 20 women more suffer injury, infection, or disease related to pregnancy and childbirth.[3]

Contraception is key to decreasing the risk of maternal death and morbidity by reducing the number of unintended and high-risk pregnancies. Evidence demonstrates that – overtime – increased use of modern contraception has been the major factor associated with reduced abortion rates.[4]

Globally, contraceptive prevalence has substantially increased among women who are married or in union (for short married women): from 55% in 1990 to 63% in 2010. Concurrently, the unmet need for family planning – the percentage of women who want to stop or delay childbearing but are not using any method of contraception – among married women decreased from 15% in 1990 to 12% in 2010. Albeit these gains, still 146 million married women aged 15–49 years worldwide had an unmet need for family planning in 2010.[5] These statistics do not include unmarried women. In 2008, an estimated 3.2 million adolescent women in developing regions underwent unsafe abortions, which illustrates their need for contraceptives and safe abortion.[6]

[1] Unsafe abortion is a procedure for terminating an unwanted pregnancy either by persons lacking the necessary skills or in an environment lacking minimal medical standards or both http://www.who.int/reproductivehealth/topics/unsafe_abortion/hrpwork/en/