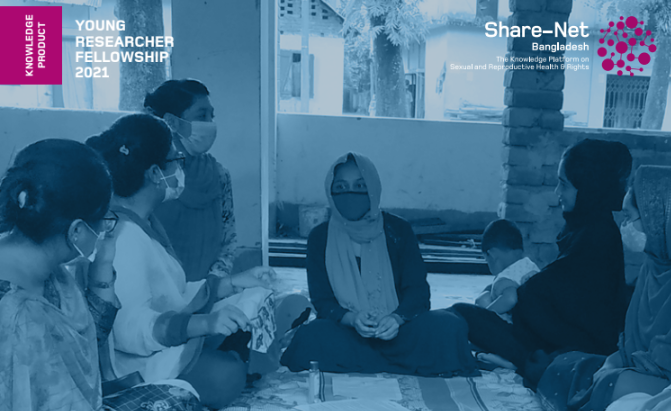 Although no direct connection between climate change and child marriage have been made, a number of climate vulnerabilities induced by rapid climate change have been explored through the perceptions analysis that affects child marriage. These vulnerabilities are presented in four themes under four level of influences. Individual correlates responsible for child marriage are the age of the girl, the physical growth of the girl and extra care as burden. Natural disaster-induced poverty, homelessness, joblessness, lack of security, the number of girls in a family, and the presence of elderly people in the family increase the incentive for families to marry their daughters off at the household level. The geographical composition of the disaster-prone area, social gathering at the evacuation center, religiosity, and school closure are the identified communal variables. Lack of disaster management and lack of security in the evacuation centre are identified under the social level of influence.

For achieving SDG target by 2030, Bangladesh must have to focus on the target 5 to eliminate gender inequality and in particular target 5.3 which aims to eliminate all harmful practices, such as child, early and forced marriage. Evidence suggests that at least eight of the SDGs will not be met until child marriage is abolished. On account of this, the outcomes of this study suggest that strategies aimed at preventing child marriage should take into account environmental risk factors in disaster-prone areas. At the same time, to improve climate change resilience, policy should also address women’s vulnerability to child marriage in disaster-prone communities.

*Mansura Islam has recently completed her post-graduation in Sociology from the University of Dhaka. She has around three years of experience in social science research in the Public Health and Human Rights sector, in particular on SRHR, mental health, women and girl’s leadership and participation in the community policing, rights of sexual minority population in different location of Bangladesh. She has good expertise in analyzing qualitative data. Preserving newspaper clippings is one of her favorite hobbies.

**Md Sabbir Ahmed is currently pursuing his MSc in Community Health and Epidemiology at the University of Saskatchewan, Canada. His research interests include but are not limited to Adolescent health, Maternal and child health, Mental health, Sleep, Public health nutrition, and other concurrent public health issues. He is also interested in analyzing complex national survey data (DHS, MICS) with the methodologies in Multilevel Modelling (MLM). He loves travelling, cycling, reading books, etc.