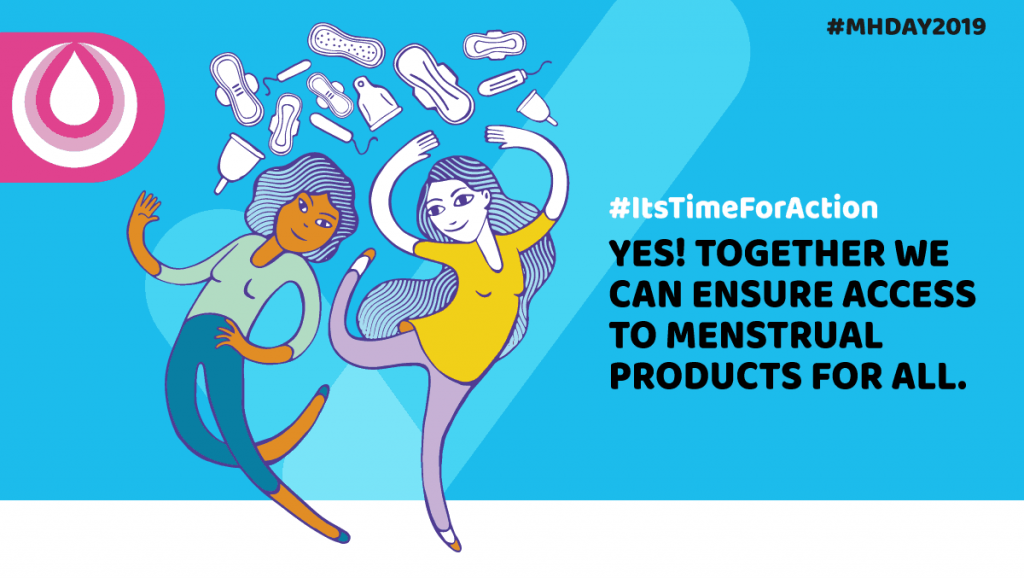 Menstrual health is growing topic of concern in the field of sexual and reproductive health and rights (SRHR) globally. Research and interventions in menstrual health have traditionally been through a Water, Sanitation and Hygiene (WASH) focus, limiting the issue to one of hygiene and sanitation. Hence, this systematised literature review sought to take an SRHR lens to provide a holistic understanding of the cultural beliefs around menstruation. It documented how it influences sexual relationships, school attendance and community participation of girls and young women (15-24 years) in Ethiopia, Kenya, Tanzania and Uganda in studies from the last 20 years. The review also dived into the type of interventions responding to menstrual health needs of girls and young women.

The situation today: Menstruation as impure, dirty and taboo

Communities framed menstruation as a traditional taboo or a religious belief of being impure and dirty. In all studies, although there was a relative understanding that menstruation was linked to fertility or pregnancy, one recurrent finding was that girls and communities had poor knowledge and understanding about menstrual health and puberty. The meanings associated with menstruation were usually negative. They related to sex and fertility and traditional taboos, under the shroud of secrecy. These were mutually reinforcing. For instance, the meanings relating to sex and fertility provide an example of how certain beliefs and attitudes enable shame and secrecy, which become beliefs in themselves. Menstruation was thus considered as something to be silenced, because of its association to the taboo topic of sexuality. Such beliefs led to negative attitudes towards and among menstruating girls and young women, within communities. Many kept referring to ‘’a girl they knew’’ when speaking of negative experiences on menstruation while for others, it was the first time to ever talk about this issue when interviewed for these studies.

Menstruation and sexuality: going beyond the biology

Menstruation was also associated with sexual readiness and hence young girls were pressured to avoid boys and hide their menstruation. They feared that they would be accused of pre-marital sex. Thus, the pressure to maintain virginity weighed on young women’s shoulders, eventually causing confusion regarding what virginity meant and how they should interact with boys. However, some girls in Kenya recognised their sexual maturity and feelings of being attracted to boys and for those in Tanzania and Kenya, menstruation also bought feelings of pride. Although menstruation was linked to sexual readiness, sex during menstruation was not considered acceptable. Moreover, an alarming finding of girls exchanging sex for money, to buy sanitary materials, and some in Tanzania relying on ‘safe days’ as a method of contraception, raises concern for STI and HIV risk exposure.

Influence on school and community participation

Menstruating women reported to be curtailed from various activities including religious activities. This was particular to religious communities in north Ethiopia, the restriction also being self-imposed due to the belief that menstruation was ritually impure . Such restrictions also exposed the status of girls’ and young women, facilitating further isolation in the community and causing stigma. Across most studies, missing school and dropping out were mentioned as common consequences of struggling with menstruation at school. Most commonly reported causes were menstrual pain, fear of leakage and teasing, lack of sanitary materials and inadequate facilities. For some who used traditional supplies such as cloth, the fear of leakage and embarrassment was the biggest factor of concern for school attendance. Lastly, for those who did go to school, they were restricted in movement and distracted in Kenya and Ethiopia.

Most of the interventions from the studies found addressed the issue of menstruation from a management angle, thus providing menstrual health supplies without necessarily addressing the cultural beliefs of the communities or the menstrual pain that accompanied it. This shows the limitation of these interventions, as they provided superficial support without taking into account factors, such as cultural beliefs and limited financial resources to buy sanitary napkins etc.

Since this is a blog post, we have excluded in-text citations that reference the articles included in the literature review. For a full list of articles included in this review, click here. This review was done by Davina Genoud, a student of the Vrije Universiteit Amsterdam who interned at KIT under the Yes I Do programme with the support of Tasneem Kakal and Anke van der Kwaak.