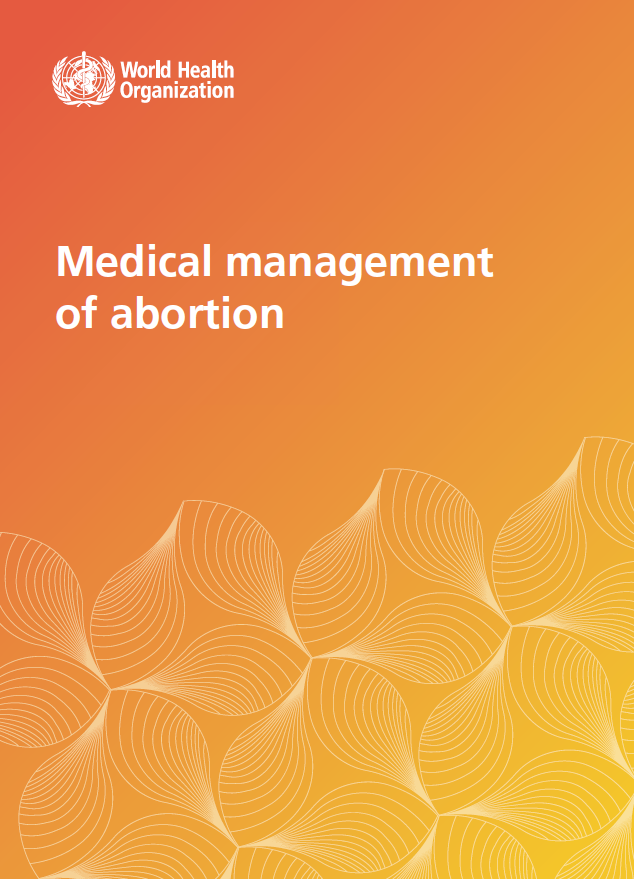 Recommendations for the use of mifepristone and misoprostol for inducing abortion and for managing incomplete abortion are contained within the 2012 WHO guideline Safe abortion: technical and policy guidance for health systems. Evidence related to home use of medication and self-assessment is included in the 2015 WHO guideline Health worker roles in providing safe abortion and post-abortion contraception. However, a number of new studies have been published
in more recent years providing evidence related to the timing, dosage, dosing intervals and routes of administration of medications to manage abortion, and also the timing of contraception initiation following a medical abortion. Hence it was critical for WHO to review the evidence and update its own ecommendations.

The guideline was developed according to the principles set out in the WHO handbook for guideline development and under the oversight of the WHO Guidelines Review Committee. The core team at WHO (the Steering Group) was complemented by an Evidence Synthesis Team (EST) of experts (including two guideline methodologists) and by a multidisciplinary group of external technical experts who constituted the Guideline Development Group (GDG).

The WHO 2012 Safe abortion guidance will be updated during 2019–2020.
The contents of this 2018 guideline represent prioritized thematic areas that need to be updated more urgently, based on input from a pre-scoping online survey, conducted in mid-2016 among a group of experts in the field, and from a technical consultation and scoping meeting held in February 2017. Based on input received, the WHO Steering Group drafted an initial list of thematic issues and associated questions in PICO (population, intervention, comparator, outcome) format. These thematic issues included surgical management of abortion; however, the focus of this clinical guideline is medical management of abortion. A systematic literature search was conducted followed by review of the evidence;
eight separate systematic reviews were undertaken. Data that informed the recommendations in this guideline came from a total of 140 studies carried out in a wide variety of settings ranging from high- to low-income economies. Figure 1 shows the geographical spread and number of studies per indication for medical management of abortion that served as the evidence base. The certainty of the evidence on safety, effectiveness and user satisfaction was assessed using the Grading of Recommendations Assessment, Development and Evaluation (GRADE) approach.

Recommendations were finalized in consultation with the GDG and using Evidence to Decision (EtD) frameworks that considered benefits, harms, values, equity, feasibility and acceptability, as well as implications for resource use, where available. Where there was limited evidence, supplemental programmatic information provided by experts from the field was considered. The guideline was prepared by the WHO Steering Group with input from the GDG. In addition to the GDG, several external peer reviewers who were unconnected to the guideline development process also reviewed and critically appraised the draft guideline prior to its finalization. Declarations of interest (DOIs) were managed according to standard procedures.

Read the Medical Management of Abortion

The World Health Organization Medical Management of Abortion Guideline was first published in English in 2018. The electronic versions are now available in French and Spanish