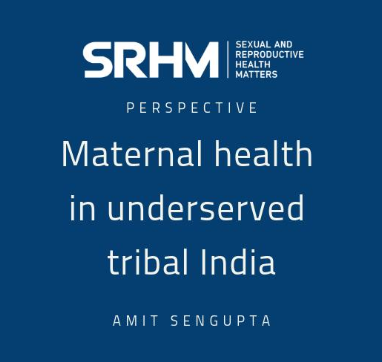 Maternal mortality has declined in many countries across the world over the decades, including in India, but the decline has been sub-optimal in resource poor and tribal-rural regions. Remoteness and lack of modern amenities in such regions discourages trained personnel from locating themselves in such areas, leading to neglected health services, including sub-optimal health promotion activities. This exacerbates the distrust of the health system and evidence-based medical interventions, which exists amongst the marginalised populations living in these areas. We describe our experience of implementing a behaviour change intervention to improve the use of maternity services in a rural tribal area in India in a population of 80,000 over five years between 2012 and 2017.

Bastar, known as the land of tribes, is located in the southernmost part of Chhattisgarh state in India. The indigenous people constitute more than 70% of the district’s 1.4 million people, who mostly live on hills and in deep forests in remote village-hamlets scattered over a vast hinterland. The tribal peoples have their own societal rules, cultural beliefs and traditional practices. They practice the barter system and live mainly on rice monocrop agriculture. During the non-cultivation period, they find employment in various government-initiated income generation programmes.

The needs assessments conducted in our programme illustrate the poor living conditions of the people in Bastar. We found that only 12% of females aged 15–45 years were studying in school. Fifty nine per cent of women worked in agriculture and 28% were home makers. Bore wells were the main source of drinking water and wood collected from forests was the energy source for cooking in 98% of households. Sanitation facilities and separate kitchens were rare and in less than 1% of homes. Only 3% of households were part of the government’s health insurance scheme. Pregnant women had a heavy burden of work, with 90% of pregnant women travelling on foot for between 3 and 9 km per day to fetch water, and many undertaking manual labour during the cultivation and sowing period. We also noted that 99% of couples did not use any modern form of contraception but used traditional herbs. Over 80% said that they preferred to go to traditional practitioners for any illness.

Typical practices during pregnancy and childbirth in the area were as follows. Foods such as local citrus and rabbit meat are consumed during pregnancy. It is usual for women to migrate to their mother’s house for delivery. The birthing room is prepared by cleaning and plastering with a freshly prepared mix of cow dung and mud, but childbirth is sometimes conducted in a screened-off area in the open courtyard outside the house. Neem leaves, which are known to have anti-infective properties, are burned to raise the room temperature and repel mosquitoes. Oil is dropped on the abdomen to assess uterine contractions and predict the time of delivery. Women deliver in a squatting position. Normally, the women of the house wait for four to five hours from the onset of labour pains before they consult a local traditional physician, who decides if the government approved auxiliary nurse midwife should be called or not. Water boiled with a mix of rice or lentils is given in place of water during labour, and for 48 hours post-delivery. Immediately after the birth, the new-born baby is cleaned with clean, soft, old used clothes and put to breast at the earliest moment, when the mother is also given hot tea with jaggary (a sweet palm sugar). Six days after delivery, the cord and the placenta are buried underground with a ceremony to mark the end of what is considered a seven-day risk period. The mother and new-born baby are normally kept in isolation for six weeks.

Our intention was threefold: firstly, to preserve and promote traditional cultural practices; secondly, to mobilise the rural community to encourage their acceptance of evidence-based medicine; and thirdly, to provide basic maternity care based upon the social marketing principals of the 4 P’s (product, price, place and promotion). This meant that antenatal care and supervised birth (the “product”) was provided with available resources; at no cost (the “price”) to the rural/tribal community; at their doorstep (the “place”); in conjunction with activities to provide health information and change health-seeking behaviour (the “promotion”).

We established a network of village-hamlet health camps and clinics with the help of local self-government groups known as the Panchayat. We explored health needs, conducted surveys and documented traditional practices and provided maternal health care and health promotion activities to the population. We conducted group discussions within the community. These included: social audit and verbal autopsy of adverse maternity events; participatory rural appraisal activities such as village transect walks; and brainstorming sessions. House to house contacts at village and hamlet level were also made. To improve health-seeking behaviours, we adopted an information communication technology platform to disseminate maternal health-related knowledge in Bastar.  We used cell phone-based projectors, smart phones and laptop-based applications to disseminate maternal health and nutrition educational videos created for the community. We also developed m-health applications to calculate early pregnancy gestation by taking into account the local calendars and practices. Frontline field volunteers, assistants and supervisors, who mostly belonged to the local indigenous community, were trained by our team of medical experts, medical social workers and technologists to operate the electronic media and disseminate the information to the target community. A periodic evaluation, with question and answer sessions and brainstorming with the target community, was conducted by the field team to assess the impact of our information, education and communication activities. At the service provision level, information was disseminated to women, mothers-in-law, husbands and other family members on danger signs during pregnancy and the benefits of early intervention. Within the health service, the existing manpower, such as government and project health and administrative staff, was re-trained to build their technical capacity and improve the function of the health system. At upstream level, stakeholders in power were involved through discussions and to obtain their ideas and approval for the activities.

In rural tribal India, there is a lack of awareness of evidence-based medical care, as well as non-availability of technical personnel, apathy of health care providers, sub-optimal emergency obstetric services and low resource availability. In implementing our programme of work, we faced many challenges and learnt many lessons. Harmful beliefs and traditions, inaccessible areas, difficult terrain, scattered populations and conflicts arising due to distrust and fear of cultural dilution were some of the barriers we encountered. The tribal community have continued to live in isolation and do not have the benefits of technological progress and other changes seen in the rest of rural or urban India. We believe that our programme interventions helped to break harmful cultural barriers and promote cross-cultural links.

Involving the local community leaders in decision making proved beneficial. Designing an intervention programme that was participatory in nature and involved all levels, including health services and upstream levels, was important. Introducing technology to highlight the immediate benefits in terms of life saved and disease prevented proved useful. The conduct of joint social audit and verbal autopsy of adverse events in childbirth generated community sharing, awareness and responsibility. Over the period of programme implementation, we observed changes in practices such as better personal hygiene, boiling/chlorination of drinking water, washing hands, cleanliness during menstruation, childbirth and the puerperium, with a higher intake of iron tablets during pregnancy and increased awareness of balanced food. We reassured the community on beneficial traditional practices. We noted that health and uptake of health care improved, for example, anaemia in pregnancy became less common, with haemoglobin levels of more than 9 g/dL during the last trimester increasing from 29% to 50% of pregnant women. The level of supervised institutional births also increased from 20% to 58%.