Linkages between climate change and sexual and reproductive health & rights: a demographic perspective 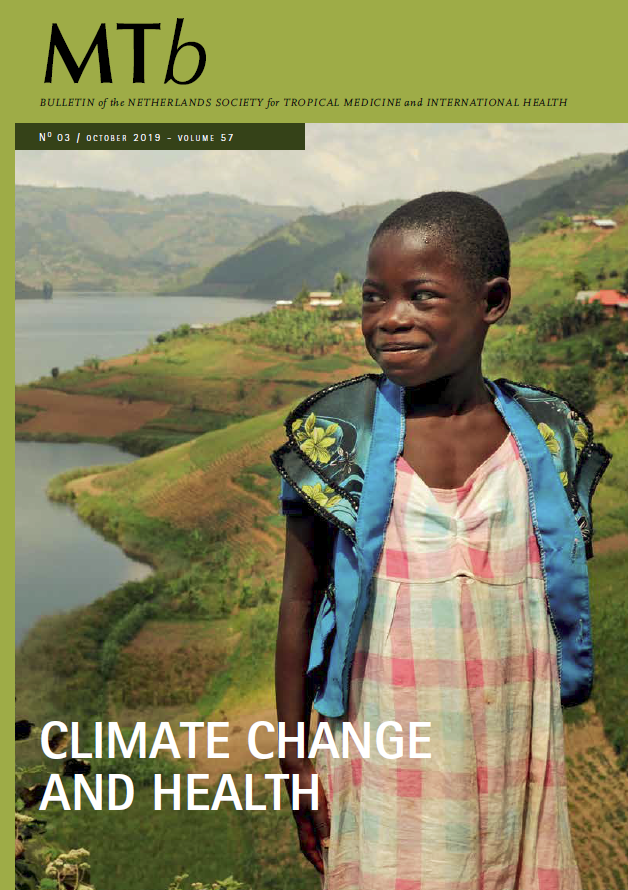 Global warming is projected to reach 1.5°C between 2030 and 2050 and the expectation is that the impact of climate change on socio-ecological systems will be grim and widespread. Although countries are already grappling with
climate-induced food scarcity and the associated sustained displacement
and mobility of people, available empirical evidence suggest that climate change is taking a toll on human health and changing the morphology of disease transmission [1]. The World Health Organisation (WHO) estimates that climate change will account for about 250,000 deaths per year due to malnutrition, malaria, diarrhoea and heat stress between 2030 and 2050 [2]. Alongside increasing mortality and morbidity due to drought, extreme heat and hurricanes, the associated changes in temperature, water and air quality have already contributed to the resurgence and increased virulence of several infectious
diseases [3].

BY 2050 THE GLOBAL POPULATION IS EXPECTED TO HAVE INCREASED TO ABOUT 9.7 BILLION PEOPLE

This article seeks to stimulate a debate on population dynamics as a climate change mitigation response. It examines the role of Sexual and Reproductive Health and Rights (SRHR), and in this light proposes a rights-based approach to sexual and reproductive health in discussions on population and climate change, instead of an approach based on family planning alone [7].

By 2050 the global population is expected to have increased to about 9.7 billion people, which evidently will be one of the significant drivers of greenhouse
gas emissions and global climate change. Scholars advocate for population stabilisation or control as a viable way to address climate change and the associated impacts [8]. The prediction is that population stabilisation will likely contribute to a 30% to 40% decrease in emissions and subsequent decrease in global warming [9].

For many years, consideration of using population policy to mitigate climate and environmental change has largely been ignored or silenced [8]. In the view of Bongaarts and O’Neil [5 (p 650-652)] this seeming disregard is attributable
to four misconceptions: (1) population growth is no longer a problem; (2) population policies are not effective; (3) population does not matter for climate change; and (4) population policy is too controversial to succeed. Stephenson et al. [6] express the fear that linking population to climate change may shift attention away from the primary problem of high consumption in developed countries. They suggest that it could also further encourage putting the blame on “people in developing countries who are worst affected by climate change but have contributed very little to carbon emissions” [6] (p 1670)]. Bongaarts and O’Neil [5] argue that a neglect of sexual and reproductive health services as an integral component in climate change response policies undermines climate change mitigation and adaptation efforts in the long term.

The emphasis on population control or family planning as a strategy for climate change mitigation may exaggerate/ emphasize population increases without addressing other factors influencing climate change, such as consumption patterns and levels of economic development [10]. In addition, the ICPD 1994 Programme of Action stipulates that access to contraception and, more broadly, reproductive rights are universal rights. Every person should be free and have access to their choice of contraception, irrespective of its relation to the environment, leaving aside environmental arguments.

Increasing access to contraception alone would not be the right argument for climate change mitigation. This argument suggests a straightforward causal relationship between contraceptive access and use, and overlooks the fact that perceived side effects or power relations within couples may prevent contraceptive use even when it is available [11]. We need to invest in education, health, women empowerment, (gender) equality and power relations [12,13]. This line of reasoning is further supported by the principles of the demographic transition model which suggest that declines in mortality, due to improved housing, sanitation, nutrition and health care, will lead to declines in fertility.

LOW-INCOME, HIGH-FERTILITY COMMUNITIES OFTEN LIVE IN THE REGIONS THAT ARE EXPECTED TO BE HIT EARLIEST AND HARDEST BY THE CONSEQUENCES OF CLIMATE CHANGE

Karen Newman [14] – an internationally well-known promotor of reproductive rights for sustainable development – emphasizes that low-income, highfertility communities often live in the regions that are expected to be hit earliest and hardest by the consequences of climate change, as attested to by the floods in Bangladesh and droughts in the Sahel over the past years. In North-East Ghana, communities experience hunger due to meagre food resources, psychological stress from crop failure, laborious farm work and climate-related migration. The excess intake of alcohol as a coping mechanism for distress from climate-related crop failure and lack of food also promotes violence and abuse within the household [15]. Sustaining large households may increase vulnerability to climate change because families are left with less capacities to adapt [13,14]. To increase resilience, Newman [14] suggests interventions that integrate SRHR in climate change mitigation and adaptation projects. Examples include providing fuel-efficient stoves – which eliminates the need to collect fire wood – to women and girls who are at increased risk of gender-based violence, and the Blue Ventures project in Madagascar where rates of unintended pregnancies have declined after sexual and reproductive health services were integrated in projects that address food insecurity and environmental degradation [12].

Low-income, high fertility communities often live in regions that are severely affected by climate change. Addressing the unmet need of contraception in these communities may reduce their vulnerability to climate change. However, we should avoid a narrow interpretation of SRHR that focuses only on access to contraception.
For instance, sexual education can contribute to individuals making informed choices about if, and when, to have children. Thus, a comprehensive approach to SRHR and wider efforts to increase wellbeing are needed to empower communities to respond to the challenges posed by climate change.