/  Resources  /  Hidden violence is silent rape: sexual and gender-based violence in refugees, asylum seekers and undocumented migrants in Belgium and the Netherlands

Hidden violence is silent rape: sexual and gender-based violence in refugees, asylum seekers and undocumented migrants in Belgium and the Netherlands 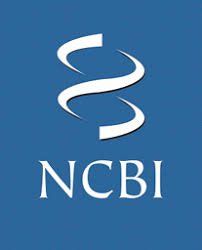 Although women, young people and refugees are vulnerable to sexual and gender-based violence (SGBV) worldwide, little evidence exists concerning SGBV against refugees in Europe. Using community-based participatory research, 223 in-depth interviews were conducted with refugees, asylum seekers and undocumented migrants in Belgium and the Netherlands. Responses were analysed using framework analysis. The majority of the respondents were either personally victimised or knew of a close peer being victimised since their arrival in the European Union. A total of 332 experiences of SGBV were reported, mostly afflicted on them by (ex-)partners or asylum professionals. More than half of the reported violent experiences comprised sexual violence, including rape and sexual exploitation. Results suggest that refugees, asylum seekers and undocumented migrants in Belgium and the Netherlands are extremely vulnerable to violence and, specifically, to sexual violence. Future SGBV preventive measures should consist of rights-based, desirable and participatory interventions, focusing on several socio-ecological levels concurrently.

Sexual and gender-based violence (SGBV) is a major public health issue worldwide, a violation of human rights and in some cases a crime against humanity. It comprises sexual violence, emotional-psychological violence, physical violence, harmful cultural practices and socio-economic violence (Basile and Saltzman 2002; UNHCR 2003). In addition to important negative effects on the victim’s well-being and participation in society, SGBV may have significant consequences on sexual, reproductive, physical and psychological health (Hynes and Lopes 2000; Norredam et al. 2005; Tavara 2006).

Considered to be vulnerable to SGBV are: firstly, women – especially the impoverished and those living in shelters, in remote areas or in detention (Wenzel et al. 2004), secondly, adolescents girls and boys, particularly if they live alone or with only one parent and are of low socio-economic status (Holmes and Slap 1998; Tavara 2006) and, thirdly, displaced and refugee communities (Hynes and Lopes 2000; UNHCR 2003; Ward and Vann 2002). People with heightened risk perception and those who were personally victimised or witnessed SGBV during childhood are prone to subsequent victimisation or perpetration of SGBV themselves (Borowsky, Hogan, and Ireland 1997; Brown et al. 2005). Research has demonstrated that perpetrators of SGBV are most often known to the victim (Tavara 2006). However, refugees, homeless or impoverished people and young men are often victimised by strangers, persons in authority and those assigned to their protection (Holmes and Slap 1998; Hynes and Lopes 2000; Norredam et al. 2005).

Several determinants in SGBV are thus known. Yet there remain considerable gaps in knowledge when it comes to SGBV victimisation of refugees in Europe, the impact of their victimisation on the individual and public health and effective prevention actions. The aim of this paper is twofold. First, it explores the nature of SGBV that refugees, asylum seekers and undocumented migrants in Belgium and the Netherlands experienced after arriving in the EU. Second, it discusses which perceived risk and preventive factors may be considered decisive determinants for the prevention of SGBV in this population.