Gender equality is central to achieving UHC and climate mitigation 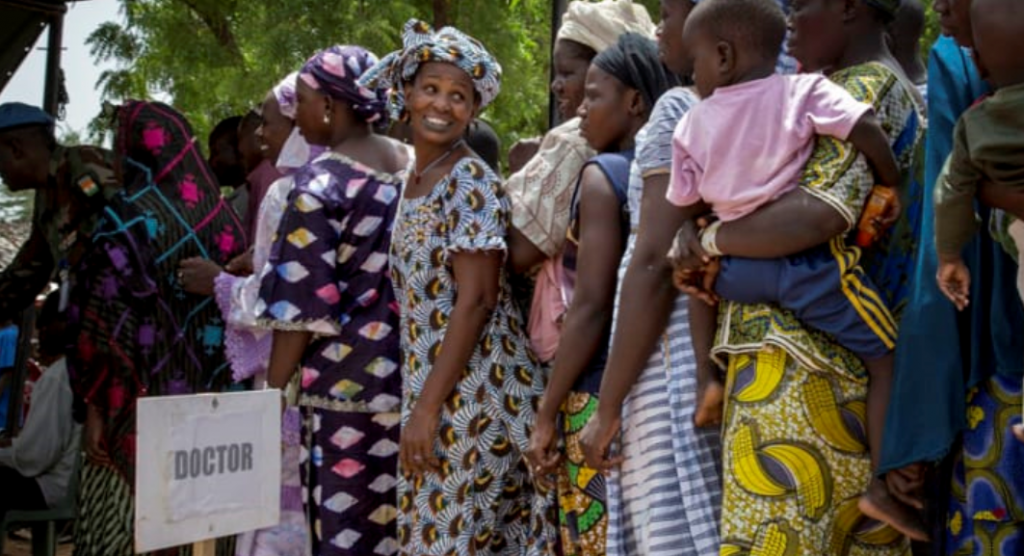 Both the 72nd World Health Assembly and the Women Deliver conference are important convenings in the lead up to the High-level Meeting on Universal Health Coverage this September. They are opportunities for the global community to unite and mobilize around a common advocacy agenda — an agenda that leaves no one behind.

The high-level meeting has the potential to change the health and lives of millions of people, the vast majority of them women and adolescents, who cannot currently afford quality health services.

It also has the potential to improve the lives of the women who form the majority of the global health and social care workforce and currently deliver health services to around 5 billion people. UHC will not be achieved without addressing gender equality, sexual and reproductive health and rights, and the role of women in the global health workforce.

Currently, the political declaration is being carefully drafted and negotiated. UHC2030, on behalf of the UHC community, has issued 6 strong asks to the member states in advance of the high-level meeting. And we at Pathfinder International support them.

However, they don’t specifically include a focus on women. It is almost like women are treated as a special interest group or a vulnerable population. But we are neither. We are actually over half of the population. We delivered every person that attended WHA and is attending the Women Deliver conference. In fact, we delivered everybody on earth. We are humanity and we are powerful.

Yet our specific health care needs have been left as private concerns and go unfunded. Gender equality and women’s rights are so critical to the achievement of UHC that they merit special mention and action. Community health workers understand these challenges. Frankly, because most of them are women.

I encourage everyone to call on heads of state and national governments to adopt the “7th Ask” and act to accelerate progress toward UHC. Women in Global Health, Women Deliver, and the International Women’s Health Coalition have been at the forefront of calling for a 7th Ask on gender equality and SRHR in UHC. The three organizations have launched a new alliance for gender equality and UHC which we at Pathfinder have been proud to join. Collective action is a force multiplier.

In fact, to achieve UHC we will need allies from across global development. Mainly because progress toward their goals will advance health for all people. On the same day of the high-level meeting on UHC, the U.N. Climate Change Summit will take place. UHC and climate mitigation are sister agendas. Actions toward one goal can be beneficial to the other.

However, most of the world’s climate financing currently goes toward climate mitigation and not to resilience and adaptation strategies for rural communities. Women and girls, who live in remote rural communities that are heavily reliant on natural resources for survival, are the least resilient and the least able to adapt to climate change and its impacts on health and well-being.

They have inadequate availability of sexual and reproductive health services, limited access to resources, restricted rights and voice, and limited mobility. All these issues expose women and girls to greater risks than men.

There is a robust body of work under the development practice of Population, Health & Environment that aims to protect the conservation of natural resources and biodiversity, while simultaneously addressing health needs, and in particular, the sexual and reproductive health of these communities.

PHE programs result from health and environmental groups working together to coordinate and integrate their activities, particularly in locations of high biodiversity and fragile ecosystems. It is an approach that has been adopted by countries such as Ethiopia, the Philippines, and Madagascar, and regional bodies such as the East African Community and the Lake Victoria Basin Commission.

Women and girls are better educated about natural resource management through these programs, while men become more engaged and champion the sexual and reproductive health of their families.

Embracing the nexus between UHC and climate change leads to better outcomes for each goal.

Gender equality and women’s rights are central to both movements and must not be an afterthought. I encourage all partners to support the 7th Ask and to build bridges to the climate sector. Only by working in partnership will we achieve health for all people.