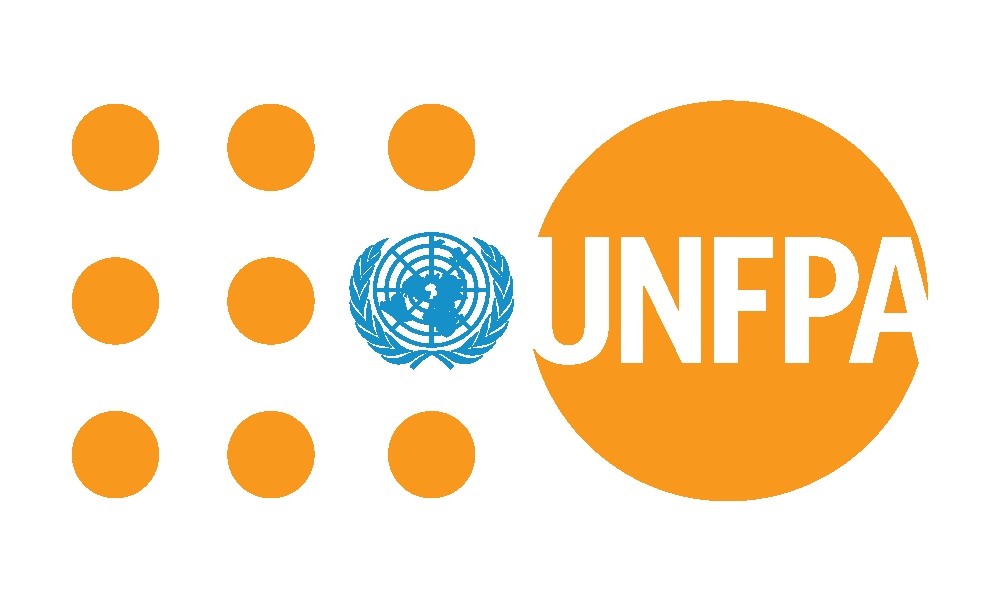 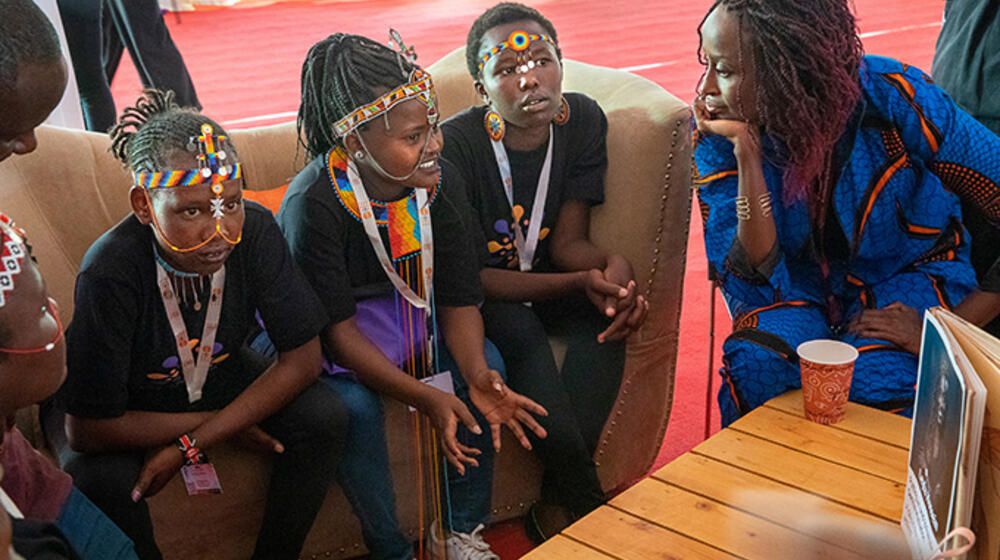 NAIROBI, Kenya/UNITED NATIONS, New York – Monicah, 13, was astonished to learn that female genital mutilation (FGM) is not just an issue just within her community, in Kenya’s rural Samburu County. “I realized it we are not the only ones to practise FGM,” she said recently. “It is the whole world.”

In some countries, the practice is linked to child marriage, taking place when a girl is believed to have reached a “marriageable” age. This is what Monicah experienced when she was only 10 years old in the town of Suguta. After she was cut, she was married off to a 32-year-old man.

“My brother had ordered the marriage because he wanted the goats and cattle that could come as my bride price,” Monicah recounted.

Both of these practices are illegal in Kenya, yet 21 per cent of women there, aged 15-49, have experienced female genital mutilation, according to a 2014 survey. Twenty-three per cent of women, aged 20-24, were married before age 18.

In Monicah’s case, things took a fortunate turn after the intervention of the police and two nongovernmental organizations, the Samburu Girls Foundation and Too Young to Wed.

“I stayed with my then-husband for one week, when the chief and police officers came and took me to Maralal Town, and eventually to the Samburu Girls Foundation,” she said.

After leaving her husband, Monicah received a multi-year scholarship from Too Young to Wed, and has since become one of the top performers in her class.

She has also become a proud champion for change, working with other survivors to end the practices that once left her life in disarray.

A voice on the world stage

Last month, Too Young to Wed facilitated a delegation of five Samburu child marriage survivors – all recipients of Too Young to Wed scholarships who were supported by the Samburu Girls Foundation – at the Nairobi Summit on ICPD25. The Summit brought together world leaders, policymakers and advocates from around the world to address urgent human rights and reproductive health issues.

Monicah was among the delegation, which was also supported by the UNFPA-UNICEF Global Programme to Accelerate Action to End Child Marriage and the Samburu Girls Foundation. It was her first trip to the capital, she said.

She and her peers shared their stories with an audience of leaders and advocates, including Leyla Hussein, an expert in psychotherapy and girls’ rights; Chief Kachindamoto, who famously annulled hundreds of child marriages in Malawi, Girls Not Brides CEO Faith Mwangi-Powell; and Iraq Family Planning Association Chairperson Inas Ahmed.

Eunice, who at the age of 10 was forced to marry a 75-year-old man, was another of the delegates. “Maybe some got inspired by my story,” she said after the conference. “They may go to change the world by helping girls who are going through challenges like I went through.”

She was particularly pleased by a brainstorming session she attended. “We had women from Sierra Leone and Zimbabwe. They came up with ideas for ending FGM,” she said. 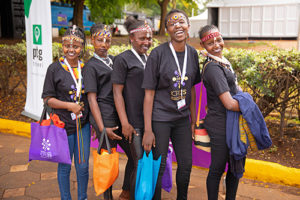 Survivors and advocates Rosillah, Nachaki, Modestar, Eunice and Monicah at the Nairobi Summit in Kenya. Photo courtesy of Elizabeth Pratt/Too Young to Wed.

The Nairobi Summit on ICPD25 resulted in more than 400 commitments, issued by the leaders and organizations present, to support the end of harmful practices including child marriage and female genital mutilation.

UNFPA is continuing its work with partners, including Too Young to Wed and the Samburu Girls Foundation, to support the rights of marginalized girls. In 2018, UNFPA reached more than 8,000 girls in Kenya with services to prevent and address child marriage, and more than 12,000 girls with protection or care services related to female genital mutilation.

The Samburu Girls Foundation, a Kenyan organization, has rescued over 1,200 girls from harmful practices like female genital mutilation and child marriage, and helps survivors and escapees attend school. The Samburu Girls Foundation has also educated more than 320,000 in Samburu County about the harmful repercussions of these practices. Too Young to Wed, a United States-based organization, empowers girls to end child marriage globally through original reporting, high-level advocacy, education, leadership development and skills training for survivors, as well as emergency humanitarian assistance in areas where child marriage is most prevalent.

Such efforts must be scaled up by advocates and policymakers everywhere.

“And they have to work with passion,” Eunice advised, “not just to be recognized or to work for money, but to work to support women’s rights – and conquer the world.”

Girls like Eunice and Monicah will lead the way: “I believe that girls can do anything,” Monicah said