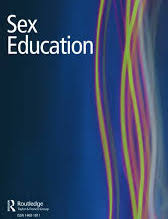 This paper describes the development of a Dutch online programme called Long Live Love+ focusing on positive, coercion-free relationships, contraception use, and the prevention of STIs, using the Intervention Mapping (IM) approach. All six steps of the approach were followed. Step 1 confirmed the need for a sexual health programme targeting young people aged 15 and over enrolled in higher level secondary education. Step 2 resulted in the production of a series of matrices-of-changes, including detailed programme objectives at the behavioural and the psycho-social level. Step 3 involved the selection of relevant methods and applications. Step 4 consisted of programme development, resulting in a sexual health programme with online and offline components, and including interactive exercises. Step 5 focused on adoption and implementation and included the production of a detailed teacher manual. Step 6 involved detailed planning for the process and effect evaluation and included interviews with teachers and focus group discussions with students to evaluate their experiences of the programme. The inclusion of a linkage group – and especially the inclusion of teachers in the development of the programme – turned out to be essential in terms of developing a programme in line with their context and needs.

Although The Netherlands is known for the relatively good sexual health of its youth (Ferguson, Vanwesenbeeck, and Knijn 2008; Sedgh et al. 2015; Weaver, Smith, and Kippax 2005), there is still room for improvement. A recent Dutch study focusing on pregnancy experiences and contraception use among a representative sample of the Dutch population showed that 7.4% of the girls aged 15–19 indicated to have ever experienced a pregnancy that was not intended (Picavet 2012) and that Chlamydia rates in particular are high among young adults; 60% of all Chlamydia infections are reported among young people aged below 25 years (Van Oeffelen et al. 2015). In addition, in one study, almost 40% of girls aged 15–17 years reported being subjected to sexual-related behaviours (e.g. comments, touch- ing) against her will (Dukers-Muijrers et al. 2015). Moreover, 1 out of 20 young adults reported that they could never be friends with a homosexual peer (Kuyper 2015).

Over the years, multiple Dutch sex education programmes, covering one or more of the above-described sexual health-related issues, have been developed. Among those, Long Live Love (LLL) is one of the most widely used school-based sex education programmes for young people aged 13–14, and has been proven to be effective in positively influencing students’ attitudes, beliefs and intentions regarding condom use and safer sex (Schaalma et al. 1996). Based on an observed need to revise and update the original programme, as well as the need for sex education materials targeting older youth aged 15–20 years (De Graaf et al. 2012), the original LLL programme has been revised and expanded. Since 2012, thereforee, there have been three versions of LLL available: the original, revised LLL targeting those aged 13–14 and two additional (online) versions for youth 15+; the rst for students enrolled in lower level vocational education (called Long Live Love – MBO1) and the other for students enrolled in higher level general secondary education (called Long Live Love – BB) in this paper referred to as LLL+. The content of the three di erent versions of LLL is targetted to di erent levels of sexual experience (less for 13–14-year olds and students enrolled in higher level education as compared to the 15+ students enrolled in lower level vocational education) and the literacy levels of the students (higher for high level education 15+ students). In addition, the delivery of the LLL versions is slightly di erent to comply with demands of teachers and the di erent school/class contexts (i.e. LLL+ is fully online delivered while LLL for 13–14-year olds also has o ine materials that need to be ordered via the website).

All three versions of LLL were developed in line with the Intervention Mapping protocol (Bartholomew et al. 2016). Intervention Mapping (IM) provides a systematic framework for the development and evaluation of theory- and evidence-based interventions. According to the protocol, six steps should be followed: an initial needs assessment (step 1), the formulation of programme goals and objectives (step 2), the selection of theory-based methods and applications (step 3), programme development (step 4), the development of an adoption and implementation plan (step 5) and the development of an evaluation plan (step 6). Each step includes several core processes, for example, brainstorming about potential answers and explanations before searching the literature for evidence. The results, or data, gathered in each step provide input for the next steps. For a more extensive description of the IM protocol, see Kok (2014) or Bartholomew et al. (2016).

Each LLL version addresses the same programme goals, namely that: (1) students have healthy, happy (sexual) relationships, free of coercion; (2) students prevent pregnancy and (3) STIs and that (4) students are not prejudiced towards sexual minorities. However, the programmes di er with regard to the specific performance – and change objectives that are included (step 2 of IM), and the methods used (step 3 of IM), so as to address the different needs of the target audience due to age, sexual experience and educational level. In line with increasing calls among scientists and health workers for more detailed programme descriptions to enhance replicability (Peters, De Bruin, and Crutzen 2015; Sugg 2016), this paper provides a detailed description of the development and evaluation plan of one of the three LLL versions, namely LLL+ for students aged 15+ enrolled in higher level general secondary education.

All six steps of IM as described above are described. In addition, we hope that a precise and systematic description may guide and enhance the development of future (online) programmes in the field of sexual health (Sugg 2016). The paper focuses on the first three programme goals of LLL+ (i.e. healthy relationships and the prevention of pregnancies and STIs). The development of the programme component focusing on the fourth goal (the reduction of prejudice towards sexual minorities) is described elsewhere (Mevissen et al., 2017).