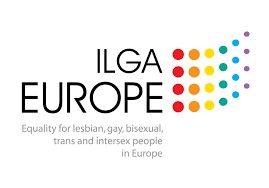 COVID-19 is generating complex challenges and risks and while the virus does not discriminate, it is very clear that it hits marginalised communities in our societies disproportionally hard. In addition, social distancing and other prevention measures, as needed as they are, can have unwanted negative impacts on the lives of marginalised groups. This should be taken into account and mitigated as much as possible.

1. Social distancing may be particularly difficult for those who have been rejected by their families, are not out with their families and now forced to be with them the whole time and/or are facing mental health issues. The 2019 Eurobarometer indicated that only 55% of Europeans would be comfortable if their child was in a relationship with an LGB person, dropping to 44% for an intersex person and 43% for a trans person. Furthermore, in a 2017 UK study, 25% of youth experiencing homelessness identified as LGBTIQ, compared with only about 7% of the population. LGBTI youth are at high risk of familial rejection. This results in increased mental health difficulties among young LGBTI people who are closeted, or who are out and forced to quarantine with often unaccepting or abusive family members. This may lead to an increase in domestic violence experienced by LGBTI people, in many cases this abuse is emotional, in some cases it is physical. Closeted LGBTI people will experience stress due to their inability to freely express themselves and their fear of being outed (including fear of physical and emotional consequences), which will have long-term consequences on their physical and mental health.

2. Rainbow families often struggle to formalise their documents and relationships legally, which in the current situation when countries are increasingly closing their borders, can cause additional problems. Documents issued in one country might not be recognised in another including: marriage certificates, registered partnership certificates, birth certificates, and gender recognition certificates. This can lead to LGBTI people being held up at borders and not allowed to return to live with their
families during this time of social distancing and quarantine, leaving them stranded in another country. Regarding birth certificates, countries who do not offer, for example, joint motherhood, will not transcribe or register those documents established abroad. This can result in children not being able to join their parent(s) and being stranded in another country. All of these aspects can result in people being
trapped at borders when they should be in a safe household for social distancing and quarantine during the coronavirus outbreak.

3. A greater than average rate of LGBTI people are unemployed and in precarious jobs,
and live on very limited and unstable financial resources. An estimated 25-40% of young people experiencing homelessness are estimated to identify as LGBTI. The current crisis shows the extreme vulnerability of people in precarious job and housing situations, including questions on access to social protection and access to healthcare services.

4. LGBTI people have significantly lower health outcomes due to stigma and
discrimination, biases held by healthcare providers, and lower socioeconomic status, often linked with lower access to comprehensive health insurance, and are therefore more vulnerable. Furthermore, past experience of discrimination, stigma, gatekeeping, misgendering, and non-consented procedures can deter LGBTI people from seeking medical care, leading to later entry into medical systems or no entry at
all. Additionally, medical quarantine and medical surveillance can be retraumatising to intersex and trans people who have been subjected to nonconsented medical testing or procedures and monitoring based on their sex characteristics and/or gender identity and expression.

5. Intersex people, who often have histories of hypermedicalisation, complex medical
histories, and non-consented procedures, often need to travel long distances to access specialised care with a trusted provider. Lockdowns and travel restrictions severely limit this access. Thus, concepts of which kinds of medical providers and procedures are deemed “vital” should include access to ongoing care for intersex people.

6. Transition-related medical care, which is life-saving care for trans people, may be deemed non-urgent and postponed or cancelled in the light of COVID 19. However, two specific components of transition-related medical care must not be considered non-urgent: continuation of ongoing hormonal therapy and surgical aftercare for previously-conducted surgeries. For these procedures, delays or cancellations of care can lead to infection, surgical scaring and re-injury sometimes requiring additional
surgical correction, chronic pain, hormone imbalances, osteoporosis, migraines, and de-transition, among others. Physical consequences are coupled with psychological consequences, such as depression, anxiety, heighted dysphoria, self-harm, suicidal ideation, and suicide attempts. Many intersex people, both those who identify as cis and as trans, need access to continuing care for hormones, and risk similar
consequences when this care is suspended.

7. Policing of emergency measures can involve discrimination by the police as regards
SOGIESC, in particular when making judgements about who lives in a household, disrespecting same-sex partnership and Rainbow Families, which is often worsened by intersecting factors such as race. Furthermore, many trans people are unable to access identity documents presenting their correct name, gender marker, or photo, and increased police identity and paperwork checks can expose them to increased harassment, discrimination, and violence in this context. Increased police interactions
also have exaggerated impacts on migrants, asylum seekers, and refugees, as well as
racial and ethnic minorities.

8. Millions of refugees, including LGBTI asylum seekers/refugees, are stuck in limbo or
at borders. The health and hygiene circumstances of refugee camps and detention centres in Greece and elsewhere leave all people in them at very high risk of illness, and severely inadequate services based on population size only exacerbate these risks. Additionally, LGBTI individuals who needed to relocate to escape lifeendangering environments and had made arrangements, now find borders suddenly closed, requiring them to return to unsafe living conditions with no possible route to safety.

9. Over the last year, we have seen a rise in divisive and hateful rhetoric in election
campaigns and public discourse, with minorities being scapegoated. And this is translating into real hate in the streets, not only homophobic and transphobic hate, but on all grounds. The current crisis risks being used as yet another occasion by religious leaders and hostile politicians and governments to blame LGBTI people for COVID 19, further steering up hate against LGBTI people. Such vicious statements blaming a minority for a pandemic can cause a huge level of hate towards LGBTI people. Political and religious leaders have a uniquely influential role in ensuring a proper response to the current crisis. We expect that such leaders use their position of power and influence to promote measures that help societies to protect the most vulnerable, to distribute the resources effectively, and to sustain effective measures both by the authorities and on the level of individual behaviour.

What authorities need to be doing

Read the full briefing note on COVID-19 and the specific impact on LGBTI people prepared by ILGA-Europe here.