/  Resources  /  Argentina: no turning back

Argentina: no turning back 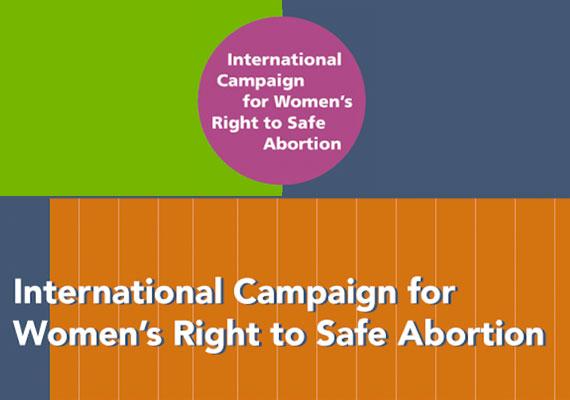 Argentina’s Senate voted last night – after a 15-hour “debate”, during which the room was mostly empty of Senators – to reject a bill on abortion passed by the House of Deputies in June. The tone and level of engagement in the two houses of the congress could not have been more different. The Deputies listened to each other, they were passionate, they seemed more open. The Senators were often lugubrious, it seemed they were talking to the camera or to no one. The tone was heavy, the anti-abortion speeches felt endless, repetitive of the same empty phrases. There seemed to be fewer who spoke passionately on behalf of the lives of women.

Meanwhile, hundreds of thousands of people, mostly women, stood in the pouring rain outside for the whole 15 hours, waiting for a different result. As the photo above shows, this time anti-abortion demonstrators were there in large numbers too, but that does not change the fact that the majority of the population of women in Argentina support law reform.

Many others, outside Argentina, were listening and deeply involved too. Women’s groups who support the right to safe abortion held solidarity events yesterday on four continents, many of them in front of Argentinian embassies and consulates. We learned of 66 events in 35 countries – 15 countries in Latin America-Caribbean, 14 countries in Europe, 4 countries in Asia-Pacific, and 2 in North America.

Messages of support to the women’s movement in Argentina continue to fly across cyberspace. They have only just begun this fight and will persevere, with the majority of women in the country solidly behind them. They have been an inspiration to many others involved in this same battle in other countries, not only in Latin America but as far away as South Korea. These movements will only grow stronger and draw in more support as a result of this setback.

Yesterday, the long arm of Pope Francis, who turns out to be no friend of women, was visible. He must have felt burnt by the referendum result in Ireland, and taken the vote in the Deputies in Argentina as a personal affront because, as the Guardian reports today, his troops were lobbying heavily to try and influence the Senators, despite a recent survey that showed 71% of Argentinians oppose political interference by the church. The final vote (38 to 31) was very much what had been predicted in advance, however. So it’s not clear that he changed (m)any minds. Indeed, in the longer run, like the Senators who voted no, he may find his intervention has damaged his standing.

I refused to do an interview for BBC World TV today that I had been very keen to do because I was told, contrary to what I had been promised yesterday, that they would try to find someone anti-abortion to participate too. I protested. Their first reply was: “…We interview all sorts of people.” My reply was this: “You should interview all sorts of people, but those who support killing women in any other way except through illegal abortion would not normally be among them, I daresay.”

One in every four pregnancies ends in an induced abortion globally, according to World Health Organization data. Some 6.9 million women per year seek hospital treatment for the complications of unsafe, illegal abortions. Many more do not seek care for fear of being reported. Unsafe abortion continues to be a leading cause of maternal death.

It is past due time for the BBC and every other serious media broadcaster to stop treating abortion as an issue in which both “sides” need to be heard. Illegal abortion kills and maims women. If they actually think there is a legitimate argument for why that is OK, then frankly, we don’t want to talk to them.

We are not criminals. Most of us are mothers, but we are not baby-making machines. Our rights include the right to life, the right to health, and the right to decide the number and spacing of our children, because we are the ones responsible for taking care of the children we do have.

That is why this year, on 28 September 2018, which is International Safe Abortion Day, our theme is “Normalising abortion: it’s part of our lives”.

We congratulate the movement for the right to safe, legal and free abortion in Argentina, and everyone else who has supported their goals, for a fantastic, women-centred, celebratory campaign.