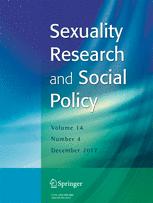 Experiences of sexual prejudice threaten the quality of life and psychological well-being of sexual minority youth. The aim of this paper is to provide a comprehensive overview of how we developed a theory- and evidence-based sexual prejudice reduction program suitable for the Dutch high school context, guided by the intervention mapping approach (IM). In line with IM, six steps were followed: an initial needs assessment in which empirical, theoretical, and new data were gathered to acquire a thorough understanding of the problem (step 1); the formulation of program objectives for both students and teachers (step 2); the selection of theory-based methods and applications (step 3); program development (step 4); the provision of an adoption and implementation plan (step 5); and the development of an evaluation plan (step 6). In conclusion, developing a sexual prejudice reduction program for schools is a challenging but feasible process. Intervention Mapping is an effective tool for the systematic (theory- and evidence-driven) development of such a program.

Although acceptance of homosexuality is slowly increasing in several Western countries (Smith, 2011), prejudiced attitudes and responses towards sexual minorities such as lesbians, gay men, and bisexual (LGB) people are still in evidence (Ahmed & Jindasurat, 2014; Herek & McLemore, 2013). For example, a recent meta-analysis (including 164 studies published between 1992 and 2009 with samples representing 18 countries and different age groups) showed that 55% of LGB individuals have at some time experienced verbal harassment while 41% have at some time experienced discrimination (Katz-Wise & Hyde, 2012). Even more worrisome are studies showing that a large number of these offenses against sexual minorities seem to occur at school (Willis, 2004)—a place which is supposed to be a safe environment for an adolescent. A recent national survey in the USA showed that 71.3% of LGB youth reported frequently hearing remarks such as “dyke” or “faggot” at school (Kosciw, Greytak, Bartkiewicz, Boesen, & Palmer, 2012). Research in other western countries such as in Europe show similar negative experiences among LGB youth in the school context (FRA, 2013; Magić & Maljevac, 2016). Experiencing sexual prejudice can contribute to physical and mental health problems such as cardiovascular diseases, depression, and anxiety disorders among sexual minorities (Baams, Beek, Hille, Zevenbergen, & Bos, 2013; Hatzenbuehler et al., 2014; Kuyper & Fokkema, 2011; Meyer, 2003). Higher victimization-related rates of depressive symptoms and suicide have also been found among sexual minority youth as compared to their heterosexual peers (Burton, Marshal, Chisolm, Sucato, & Friedman, 2013).

While the Netherlands is one of the more tolerant countries regarding acceptance of homosexuality (Collier, Horn, Bos, & Sandfort, 2015; Lottes & Alkula, 2011; Smith, 2011), it is still the case that LGB people are not completely accepted. Data from a national sample show that although only a minority of the Dutch population (5%) scores negatively on general attitudes towards LGB people, still 22% of the population does not accept same-sex marriage (Van Bergen et al., 2010). In a sample of 1600 Dutch LGB adolescents and young adults, the vast majority (75%) stated having experienced anti-gay sentiment in the 12 months preceding participation in the study (Van Bergen et al., 2010). In addition, a recent publication by Van Bergen and colleagues showed that up to 63.9% of Dutch LGB youth reported suicidal ideation, with victimization being the strongest predictor (Van Bergen, Bos, Van Lisdonk, Keuzenkamp, & Sandfort, 2013). Altogether, these data illustrate just how necessary interventions to reduce sexual prejudice among adolescents are.

There is an increasing interest in anti-prejudice interventions within the school context. Two well-known and recently evaluated approaches are the so called Gay-Straight Alliances (or GSA: extracurricular school clubs which encourage LGB and other students to meet and organize activities, often assisted by teachers, creating a safe and non-judgmental school environment), and the personal story method (whereby volunteers from the LGB community visit schools to share their coming out and personal life experiences). Both approaches have shown mixed results in terms of changing students’ and teachers’ attitudes and behaviors towards LGB youth (Eick, Rubinstein, Hertz, & Slater, 2016; Steck & Perry, 2016; Swanson & Gettinger, 2016). In addition to these approaches, the United Nations has published a practical guide for the development and implementation of anti-homophobic bullying interventions to be used by the educational sector (UNESCO, 2012). However, a systematic approach to the development of these kind of programs is still lacking and (sexual) prejudice reduction interventions often miss a clear theoretical foundation (Bartoş, Berger, & Hegarty, 2014; Bos, Pryor, Reeder, & Stutterheim, 2013; Parrott, 2008). In addition, clear step-by-step guidance on how to develop such interventions—as well as detailed descriptions of interventions that are suitable for the school context—is needed.

Research shows that the effectiveness of an intervention is promoted if its components are grounded in evidence and theory, and if it is systematically developed (Albarracín et al., 2005; De Bruin, Viechtbauer, Hospers, Schaalma, & Kok, 2009). The intervention mapping (IM) approach could provide some useful guidance for synthesizing research and integrating it with theory (Bartholomew et al., 2016). IM has proved to be an effective approach for the design of numerous behavior change interventions (See, e.g., Bos, Schaalma, & Pryor, 2008; Leerlooijer et al., 2014; Mevissen, Ruiter, Meertens, Zimbile, & Schaalma, 2011; Van Oostrom et al., 2007). The aim of our paper is to provide an example of how a prejudice reduction intervention can be developed in a systematic way, and how theory and evidence can be applied in the different stages of intervention development. In this paper, IM was used to guide the development of an intervention designed to reduce sexual prejudice in a Dutch high school setting.

IM provides program planners with a systematic framework for effective and theory-based decision-making at each of the six steps specified in the developmental process. Program development starts with a needs assessment (step 1) which focuses on a thorough problem analysis, resulting in a “logic model of the problem.” This includes a description of the health-related problem; quality-of-life impact; the at-risk population; and social-cognitive, behavioral, and environmental factors (and their determinants) thought to be related to the problem. Next, planners select target groups and formulate objectives for change at the behavioral level and at the social-cognitive level, based on importance and changeability (step 2). In step 3, planners select theory-based methods and strategies which are then integrated into the final program (step 4). Program adoption and implementation is described in step 5 and the program evaluation plan is produced in the last step (step 6).

At each step, the IM approach encourages program planners to pose planning problems as questions and to get the answers by brainstorm, searching for empirical evidence, and using theory or conducting new research if evidence is lacking. Intervention Mapping clearly distinguishes between theories that can be used to explain behavior and theories that can be used to understand how to change behavior (Kok et al., 2016). Theories explaining behavior provide guidance in terms of what should be changed. Theories explaining how to change behavior provide guidance in identifying techniques that can be used to bring about changes in the determinants that explain the behavior. There are also theories that can be used to explain both the behavior and how best to change it. A good example of this type of theory is Allport’s contact hypothesis (Allport, 1954) that explains why some people are less prone to stigmatize than other people. At the same time, it explains under which circumstances contact can help to reduce stigmatizing attitudes and behaviors.

As well as using theory, IM encourages the researcher to analyze the problem and to formulate change not only at an individual level but to also consider the different levels in the environment. It is important to note that IM is an iterative process, and that the information collected in one step will guide the decisions made in subsequent steps. IM encourages program planners to consider the adoption and implementation of the program from the start of the developmental process by creating a linkage group; i.e., a planning group including future program adopters, implementers, and other important stakeholders in the community.

It is not only important to systematically develop a program, but also to provide a detailed description of the program and its developmental process. A precise and systematic description promotes program replication, larger-scale dissemination, and ideas for improvement (Peters, De Bruin, & Crutzen, 2015). If the theories underpinning the program as well as the program components and activities are clearly set out, it can guide and enhance future work in the field of sexual prejudice reduction. To redress this issue, we do not present the results of the effects of our intervention in this paper, but instead explicitly focus on a detailed description of how we systematically developed a school-based sexual prejudice reduction program.