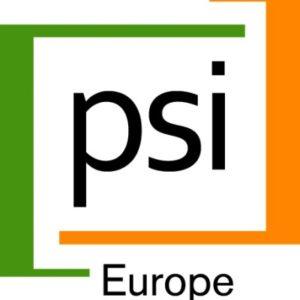 “Women who find themselves in this situation [of an unplanned pregnancy] prefer to choke the baby than to suffer the pressure from society.” This is a quote from an article in the New Yorker of October 1st, 2017, by journalists Allyn Gaestel and Ricci Shryock about ‘The Price of Senegal’s Strict Anti-Abortion Laws’[i].

In this article, Gaestel and Shryock share what happened to Ina, a pseudonym for a twenty-seven-year old woman from Keur Mbaye Fall, one of Dakar’s under-class suburbs. Ina is the victim of these strict anti-abortion laws. “She was raped by a security guard in the neighborhood where she worked as a domestic servant. After that, Ina missed her period. Her belly grew, Ina shrouded herself, hiding the pregnancy and her inner panic. In Senegal, to be pregnant outside of marriage is unthinkable; to be raped is shameful.”

Gaestel and Shryock described that Ina: “…went into labor, she delivered alone, in a small bathroom at her mother’s home. What happened next is unclear. Ina said that she remembers covering the corpse in a wax-print wrap skirt and leaving it in an unfinished building near her house.”

Association of Senegalese Women Lawyers is one of the groups in Senegal that want to legalize abortion, at least for victims of rape and incest. Amy Sakho, one of the lawyers who work for the Association, told Gaestel and Shryock “If someone had the possibility to get rid of the pregnancy, they would not turn to infanticide”.

Gaestel and Shryock’s article does not stand-alone. It is a testimony of a young woman who did not have access to safe abortion. The World Health Organization estimates that 25 million unsafe abortions take place every year, which lead to over 50 000 deaths and 7 million complications resulting in hospital admission. Nearly all unsafe abortions (97%) occur in low- and middle- income countries[iii].

Access to safe abortion in developing countries became even more difficult when U.S. President Donald Trump reinstated and dramatically expanded the Mexico City Policy – also called the Global Gag Rule – in his first days in office a year ago. This policy dictates that non-U.S. nongovernmental organizations outside the U.S. receiving U.S. global health assistance (an estimated $ 9.5 billion, fiscal year 2016[vi]) cannot work in safe abortion. Even if it concerns advocating for the legalization of abortion or providing information about abortion ‘on paper’. If these organizations want to continue to work in safe abortion with non-U.S. funding, then they will lose their U.S. assistance for all health initiatives: not only family planning and reproductive health, but also maternal and child health, HIV, tuberculosis and malaria.

Having to decide not to continue with critical work in safe abortion and remain eligible for the U.S. funding, or to continue to work in safe abortion and lose the U.S. global health assistance is not a fair choice. Both situations jeopardize the health and life of poor women – and their families – by making it more difficult to access family planning services and leaving them without treatment for HIV, tuberculosis, malaria and other diseases.

And the irony is that there is no evidence that the Global Gag Rule has ever resulted in its stated aim of reducing abortion, in fact some studies show that this policy could actually have resulted in an increase in abortions (Lancet, 2018). Restrictions that make it more difficult for women to get an abortion do nothing to reduce unintended pregnancy: the main reason a woman seeks an abortion. They increase the number of unsafe abortions and put women like Ina in a situation to do things that are everything but their own choice.

Photo by Patrick Meinhardt for ACMS/PSI Cameroun – Young woman of 25 years old in the East of Cameroun, who had her first child when she was 16 years old.

Previous Minister for Foreign Trade and Development Cooperation, Lilianne Ploumen responded to this attack on women’s right to decide freely over their own body and their sexual lives, and over whether or not to have children; and initiated SheDecides. The SheDecides movement is now one year old and several world leaders have stood up and contributed to protect the rights, health and safety of millions of women and girls, and their families around the world. Lilanne Ploumen’s successor, Minister Sigrid Kaag has followed suit and is also committed to SheDecides.

Despite all the support, it has unfortunately not been enough and thus there is not much to celebrate at SheDecides’ first birthday. A picture of the impact of the reinstated and expanded Global Gag Rule is beginning to appear. And this picture is horrendous. Clinics are shutting down, unsafe abortions are predicted to rise sharply and women and families are losing critical health services across the world[v]. These are the official reports, and it is just the tip of the iceberg, knowing that there are many cases of unwanted pregnancies and unreported abortions that are often conducted in unsafe settings. And then there are other effects detrimental to women’s health, which are related to the unmet need for family planning and access to safe abortion but not documented as such, like in Ina’s case.

More action is needed to prevent more women from dying, unnecessarily. Other leaders need to stand up. Not just international leaders, but also national leaders in developing countries. Not just national government officials, but also community leaders and (local) religious leaders. And other international players, who can make a difference, like the business community as social investors, and private donors.

It is time for #IamShe. Because if we want that She may decide, #IamShe, then we need to involve Her and put Her in charge of Her own health, if we want Her to be able to act, #SheActs. Self-medication of the abortion pill is a good example. Population Services International (PSI), who is embarking on a new strategic journey the coming years (2018-2020) is committed to doing this by bringing health care directly, and affordably, to Her doorstep and allowing Her to make the right choices for Her and Her family. Innovation in diagnostics and the method of administration of drugs, with the smart use of technology, are examples that can make this happen. And so the new mantra is: #SheinCharge.

And finally we need to demonstrate that, when #SheinCharge and #SheActs, it will benefit everyone in society, and it may convince politicians and lawmakers worldwide to develop more progressive laws about women’s health. And provide hope again for young women like Ina, #SheCan. Because, it is just right. Because, it is simply Her right, that #SheDecides.