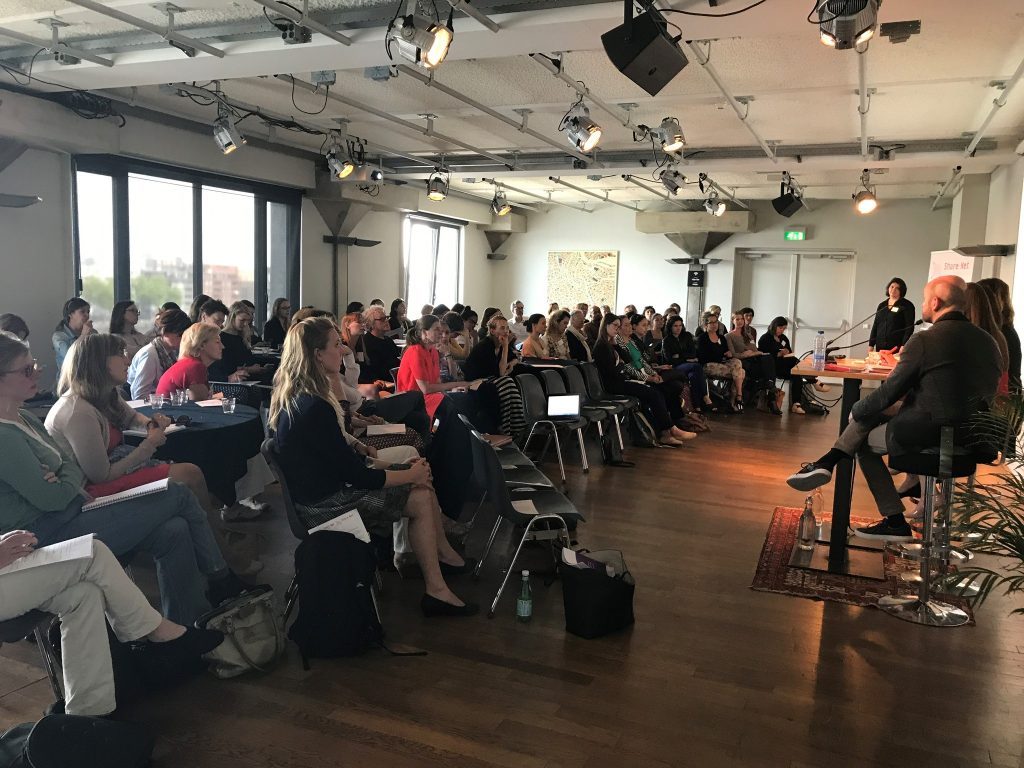 Share-Net Netherlands organized a Thematic Meeting on Contraception & Abortion together with its respective working group on the 23rd of May 2017. During this thematic meeting, participants gained insights in the present political and funding climate for contraception and abortion and discussed recent developments & trends. Participants learned more about the background of the Mexico City Policy (MCP), its effects in previous periods, and its current effect in the ‘Trump era’. The meeting was attended by 85 participants.

The first session started with a presentation by Alanna Galati (Guttmacher Institute) on the historical background of the MCP, Kemp-Kasten, related US policies and funding, and its effects.

During a panel discussion Neil Datta (EPF), Elena Zacharenko (consultant) and Riva Eskinazi (IPPF) shed their light on developments and trends in the opposition against SRHR and women’s rights. The effects (as far as known) of Trumps reinstatement of the MCP, and actions that followed.

Europe responded very well on the earlier MCP re-installments. However, Europe was at a different place back then, compared to where it is now.

Anti-Choice and Anti-SRHR activity has been intensifying and professionalizing in opposition.  Adaption of US tactics takes place in the EU. In Elena’s report she has identified 112 members of the EU parliament who are favorable to the Anti-Choice cause (15% of the total) scattered throughout the political scene. At this moment around 20/25 organisations are lobbying the EU parliament. They are organizing workshops on lobby & advocacy, communications etc. just like Pro-Choice organizations. Anti-Choice organizations often present themselves as Human Rights NGOs, defenders of fundamental freedoms, defenders of the rights of the child, defenders of marginalized (traditional value holders). Policy makers are very often not aware of who are targeting them and providing them with amendments and what these amendments mean.

A crisis management group was established to capture, analyse and disseminate information to all partners. IPPF is very exposed this time. Last time the Global Gag Rule was in place, IPPF had a strategy to seek HIV funding. Our strategy had become to not only provide Family Planning services but integrated Sexual and Reproductive Health Services including abortion and HIV. We were able to raise funding for HIV to add to our contraceptive funding. IPPF never expected the Global Gag Rule to include the whole health portfolio. This time it is beyond family planning budget lines.

In monetary terms, the expansion means our secretariat together with our member associations are facing a removal of around 100 million dollars over the coming three years. More specifically, we estimate that around 58 million will be removed from voluntary family planning programs and 42 million from HIV programs. We estimate that our member associations will face cuts in about 30 countries. Primarily three regions that are most affected are Sub-Saharan Africa, South-East Asia and Latin-America and the Caribbean. With the 100 million funding, IPPF could have prevented 4.8 million unintended pregnancies, 1,7 million unsafe abortions and could have provided 70 million condoms to prevent unintended pregnancies and STIs. Examples for member associations: Colombia – Pro-Familia losing a lot of funds for 2 project, one on Zika and one on displaced populations. Mozambique – 8 HIV projects are at risk of being shut down.

The imposition of the Global Gag Rule means that professional evidence-based organizations are denied access to vital resources and IPPF is already seeing that there is a chilling effect in that other NGOs that are not affected by the Global Gag Rule are unwilling to work with our member associations because they are scared they also might be loosing their funding. In practical terms, all the investments that IPPF did in women’s and girls’ health is negatively impacted. The Global Gag Rule is not just impacting the health of women but also all of our key development priorities because they are closely linked.

All the funding that USAID had committed for 2017 to IPPF, the funding that has already been released to IPPF for 2017, IPPF will be able to use that money for their programs and will go on until September 2017.

IPPF is grateful for the She Decides initiative and plays an active role. They have received generous pledges from the goverments of Belgium, Canada, Japan and Sweden for the next 1-2 years. IPPF hopes that this money will go to the most impact full member associations. IPPF goal: no interruption of services. IPPF wants to work much harder with their member organizations to build their capacity to strengthen their financial sustainability and work more closely with their governments on national advocacy.

Session 2 started with pitches from 11 different organizations about their experiences, barriers and dilemmas on how to advocate, operate and implement programmes in restricted environments relating to SRHR and specifically to contraception & abortion. Afterwards, participants were given the opportunity go into in-depth discussions with three organizations of their choosing.