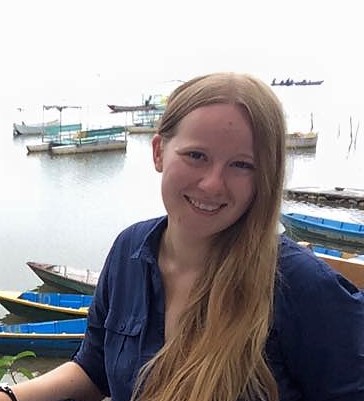 It has now been almost a year since I submitted my master’s thesis at the University of Amsterdam, an undertaking which included spending two months conducting field research in Nepal. I am excited that Sharenet has offered me the opportunity to share my experiences, since my field research has left a lingering and meaningful impact upon my life that I am still carrying long after its conclusion.

I have always been interested in sexual and reproductive health and rights, and for this reason chose to focus my thesis on abortion. While abortion can be a contentious topic in many countries, Nepal caught my attention. Nepal has comparatively liberal laws and a supportive health system to facilitate abortion, but research indicated that there is a significant amount of stigma surrounding the procedure. The conflict between law and practice drew my interest, so, in late January 2017, I departed for Nepalgunj, Nepal, and spent 8 weeks researching community perceptions of abortion and the ways in which these perceptions impacted women’s abortion seeking behaviours. I worked within the Dutch child marriage coalition, Her Choice, through their local NGO partner in Nepal CWIN (Child Workers in Nepal), with additional help from CREHPA (Center for Research on Environment, Health, and Population Activities).

Life in Nepalgunj was quite an adjustment from life in Amsterdam. Only 7km North of the Indian border, Nepalgunj is a bustling hub of activity. Home to the majority of Muslims in Nepal, several mosques would issue the call to prayer 5 times a day (somehow always slightly out of sync with each other). The smell of cooking in the air, and there were always many roaming cows who were of no more use to their owners, wandering the streets and embodying apathy. While I came to Nepalgunj to study abortion, it was impossible not to encounter many other prevalent issues. Early marriage, trafficking, infrastructure reconstruction (due to a flood the previous year), and poverty are all significant issues in the region, part of a broader backdrop that needs to be considered and understood for my findings to have context.

Through the assistance of an interpreter, I conducted several focus group discussions and in-depth interviews with youth at a local secondary school, as well as interviews with two local Hindu Brahmins at different temples, the head Iman at a local mosque, and the principal of a local madrasa (Muslim school). I also took three trips to surrounding villages to visit the remote health posts that provide abortions to women. These more planned activities were supplemented by a variety of conversations with whoever happened to be around and willing to talk.

Abortion in Nepal is legal for any reason up to 12 weeks, 16 weeks if the pregnancy resulted from incest or rape, and at any point if the mother’s life is in danger or there are foetal abnormalities. However, the interviews, focus groups, and conversations I conducted quickly made the overall community opposition to abortion apparent. The health workers I spoke with consistently reported women requiring the utmost secrecy when they sought abortions, with their husbands, families, and communities not being informed. Several health workers and interviewees reported women being cast out of their families and communities for having had an abortion, with one health worker reporting a woman committing suicide because of social ostracism. To maintain secrecy surrounding abortions, many people reported women travelling to different communities, or even to India, for abortions. With secrecy being the most important consideration, services had several barriers to access. Most of the health posts stood alone, in the middle of a wide-open clearing, providing no privacy for women who were attempting to access their services. There is also the concern of privacy, for while the health workers reported being trusted with the secrets of the women who came to the centre, they themselves are also community members which may cause trepidation for women seeking the service.

What I found to be particularly interesting was that, despite disapproval of abortion being the overwhelmingly dominant community opinion, there was considerable nuance to this view. This was primarily related to more deeply held views of gender norms, which had the effect of making abortion be perceived as more or less permissible in different contexts. If a woman seeking an abortion was consistent with her keeping to perceived gender norms, such as if she was pregnant and unmarried (and unable to marry the father), then an abortion was perceived as more permissible than for a married woman. Similarly, if a couple has already birthed two daughters, and they knew they were pregnant with a third, then it is perceived as acceptable to seek an abortion. It was still considered important that the abortion remained a secret, but it was clear that certain circumstances would be judged more harshly than others, with the connection to gender norms being the defining factor. This confirmed previous research on gender norms in Nepal, particularly that it is a woman’s role to marry and have children, especially sons, which solidify her place in her husbands’ family.

Abortion stigma is highly complex has its roots in gender norms, and thus cannot be viewed in isolation from broader community held norms. In this research I barely managed to scrape the surface of the issue and would love to be able to continue further research in the area. There are so many questions for further research to address that can hopefully help to unpack the topic, questions that will possibly be asked by future batches of masters’ students.

Conducting this fieldwork was challenging but has without a doubt been one of the most rewarding and memorable experiences of my life. I knew from the start that I wanted to pursue a career in sexual and reproductive health and rights, and the fieldwork gave me the chance to experience a bit of what that career path might involve. Moving forward into my career, my fieldwork has helped to shape my understanding of research, sexual health, and the coordination needed to conduct such an undertaking. When I presented my findings last year at Sharenets’ event ‘Linking Research, Policy, and Practice’, the feedback I received confirmed for me the relevance of the skills I had obtained. At this event I was able to connect with development professionals who could envision a practical application for my research, confirming its significance and illustrating future career paths I could pursue. My research has served as a wonderful foundation for my current work, interning with UNICEF, and I’m sure that I will continue to draw lessons from my fieldwork experiences as I move forward.

For more information about my research, or if you just want to talk about sexual and reproductive health and rights, I can be reached at thomson.claire4@gmail.com. I would like to extend my special thanks to the Her Choice Programme, CWIN, and CREHPA for facilitating my research.