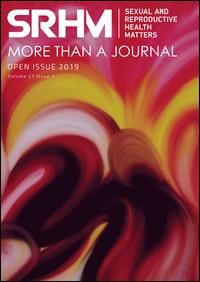 A global campaign to end “child marriage” has emerged over the last decade as part of growing international commitments to address gender inequities and improve female well being. Campaigns typically assert that young brides have negligible autonomy in the marriage process and that marrying under 18 years has resolutely negative impacts on well being. Yet, surprisingly few studies explore local attitudes towards marriage and its timing within contexts where early marriage is most common. As such our understanding of motivations and potential conflicts of interest leading female adolescents into marriage remain poorly informed by viewpoints of people purportedly at risk. We present an exploratory study of attitudes to early marriage in northwestern Tanzania where marriage before or shortly after 18 years is normative. We use focus group discussions, complimented by a survey of 993 women, to investigate local views on marriage. We explore (i) why people marry, (ii) when marriage is deemed appropriate, and (iii) who guides the marriage process. Contrary to dominant narratives in the end child marriage movement, we find that women are frequently active rather than passive in the selection of when and who to marry. Furthermore, marriage is widely viewed as instrumental in acquiring social status within one’s local community. Our conclusions illuminate why rates of early marriage remain high despite potential negative well being consequences and increasingly restrictive laws. We discuss our results in relation to related qualitative studies in other cultural contexts and consider the policy implications for current efforts to limit early marriage in Tanzania and beyond.

A global campaign to end “child marriage”, defined as marriage under 18 years and overwhelmingly affecting girls and young women, has emerged over the last decade. For example, in 2011 Girls Not Brides, a global partnership now including over 1000 civil society organisations, was founded “to accelerate efforts to prevent child marriage”; and in 2015 the Sustainable Development Goals pledged to “eliminate all harmful practices, such as child, early, and forced marriage”. These activities reflect growing international commitments to gender equality, with attention focusing on South Asia and sub-Saharan Africa, where today an estimated 50% and 40% of girls respectively marry under 18 years. Humanitarian concern is grounded in the view that young brides lack autonomy and informed consent to marry, and that early marriage initiates a cascade of harmful consequences, including health risks of early pregnancy, low educational achievement, poor mental health, curtailment of economic opportunities, and an elevated risk of intimate partner violence.

Despite increasing concern surrounding “child marriage”, few studies document locally held views surrounding early transitions to marriage in cultural settings where it is most common. Consequently, present understandings of motivations leading to early marriage are arguably more grounded in moral concerns, than in the priorities and experiences of the very people purportedly at risk. This is problematic because the end “child marriage” movement rests on an externally drawn threshold (18 years) demarcating childhood innocence from adult responsibility, largely failing to acknowledge that (i) a strict barrier between “childhood” and “adulthood” depends on material and social conditions commonly absent in low-income nations; and (ii) in many contexts the majority of “child marriages” occur in later adolescence (i.e. 15–17 years), a time of emerging autonomy. We therefore hereafter avoid the term “child marriage”, instead referring to “early marriage”, or “marriage under 18 years” when referring to this threshold.

A small qualitative literature suggests that early marriage is viewed positively in certain situations, or as a logical option given local alternatives. For example, among Kenyan Maasai, some parents view early marriage as a means of securing their daughters’ futures through alliance formation in the face of changing livelihoods and limited opportunities for young girls. Parents also report that early marriage protects daughters from social and health risks associated with premarital and/or transactional sex and childbearing. Moreover, young women sometimes view early marriage as improving their lives by: helping their family and themselves economically; gaining independence or respect within their homes and community; or protecting their health through the limitation of sexual partners. Studies also highlight perceived costs to early marriage including violence, power imbalances between spouses, and lack of preparedness for married life. Collectively, these studies do not negate concerns about negative consequences of early marriage. However, they indicate that in some contexts parents and daughters view early marriage as a strategy of risk-reduction rather than a harmful behaviour.

Here, we explore attitudes surrounding early marriage in northwestern Tanzania, where female marriage before or just after 18 years is normative. The study site offers a not atypical context where early marriage is prevalent but primarily affects adolescents; 30% of 20–24-year-old Tanzanian women marry before 18 years, but the overwhelming majority of marriages take place at 15 years and over. Bridewealth is customary, meaning conflicts of interest could arise between parents and daughters over timing of marriage. Early marriage rates have, for example, been shown to increase with extrinsic economic shocks where bridewealth is practiced, with parents presumably marrying daughters early to access capital. But divorce and premarital sex and birth are common, so marriage transitions may be less pivotal in defining a women’s life course compared to populations where these are less common or acceptable.

Within Tanzania broadly, the legal status of early marriage is in flux. In 2016, after some resistance, Tanzania’s high court revised the legal age for marriage for girls from 15 years to 18 years, a move marked as a victory by the end “child marriage” movement. At the same time, it became illegal to marry or impregnate schoolgirls, but without implications for marrying girls/young women not enrolled in school.

A year later an appeal against the revised marriage age was lodged, citing contradictions with customary law and religious doctrine, and the implementation of the revised law stalled. This situation highlights tension between development sector narratives highlighting the harms of early marriage, and cultural values that view it as intolerable only under specific circumstances.

We investigate local attitudes regarding (i) why people decide to marry, (ii) when to marry, and (iii) who decides when and whom a woman should marry. We focus on marriage generally and then timing of marriage specifically because, despite the classification of early marriage as a “harmful cultural practice”,marriages before and after 18 years are not locally regarded as distinct forms of marriage. Rather, marriage is a practice which occurs at various ages, and the overwhelming majority of women who don’t marry before 18 years do so soon after. Through this strategy we situate marriages before 18 years within the context of marriage generally, drawing on shared drivers.