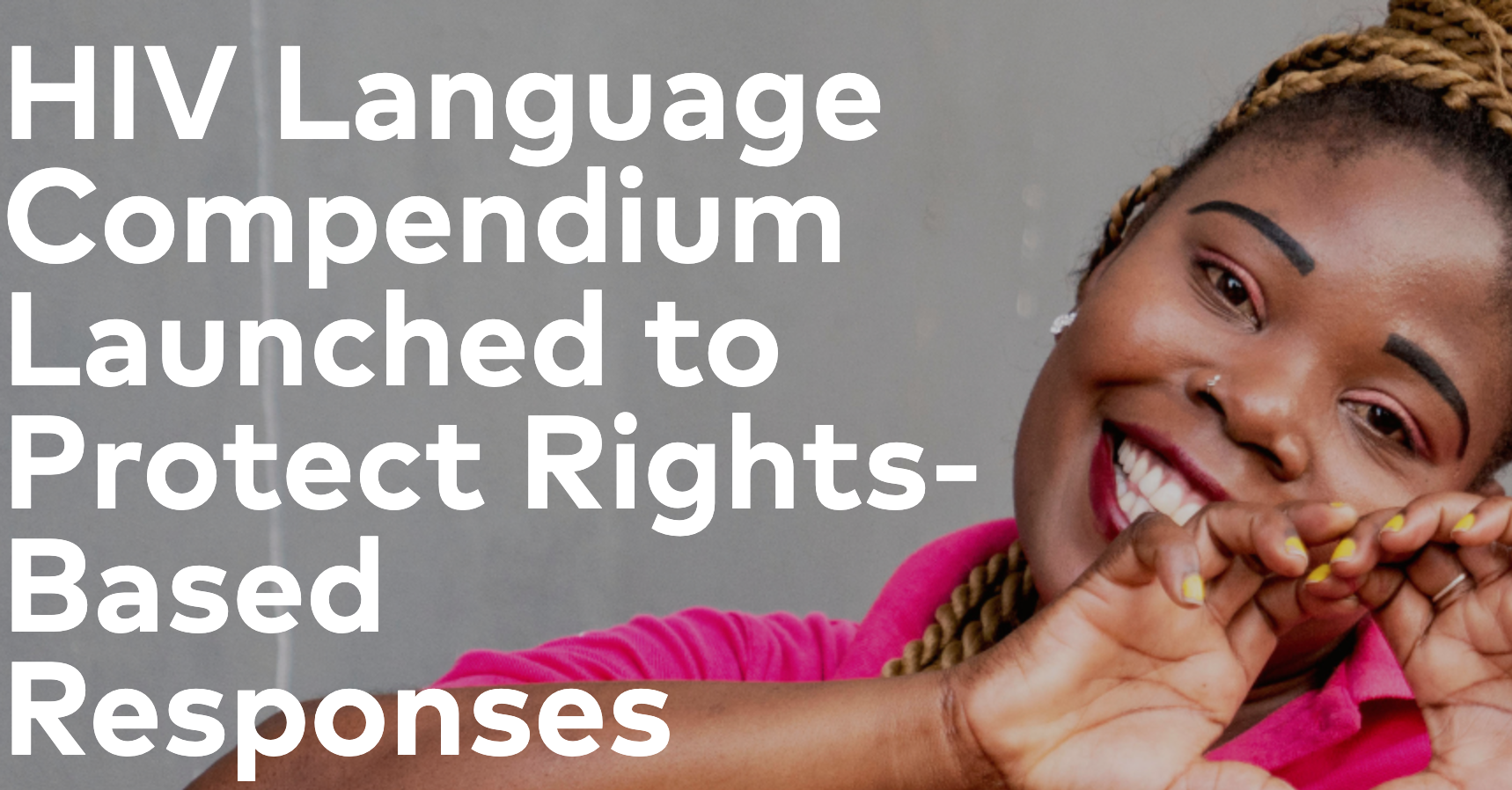 HIV civil society coalition the Love Alliance launched the first HIV/AIDS Language Compendium today at a satellite session of the International AIDS Conference hosted by the Dutch and Canadian governments and attended by officials from South Africa and Burkina Faso. The compendium has been praised as a useful tool for high-level United Nations negotiations and can be used for community advocacy to advance human rights commitments — particularly regarding access to healthcare and sexual and reproductive health and rights.

A number of countries are pushing back on internationally-accepted language around rights and gender within the global HIV response, with dire consequences for political commitments, programs, and funding. The HIV/AIDS Language Compendium released today provides policymakers and activists with the words to fight back.

In June 2021, the United Nations General Assembly held its High-Level Meeting on AIDS to review progress in the HIV response and adopt the latest Political Declaration on HIV and AIDS. Although not legally binding, political declarations provide the overarching principles — and language — that guide international and national HIV responses, and donor funding. As a result, civil society uses political declarations to hold governments, international agencies, and donors accountable.

UN political declarations on HIV and AIDS have historically been adopted by consensus. Still, four countries voted against the latest declaration at the 2021 meeting. Their opposition followed unsuccessful attempts to remove language in the document affirming the rights of key populations, such as young people and people who use drugs, as well as reproductive health and sexuality. Major international HIV and other health and development agreements have historically included this language without opposition.

Lastly, some nations advocated that the phrase “gender parity and rights” exclude “rights.”

“The fight for human rights within the HIV response doesn’t end on paper — but it starts there.”

In response, Love Alliance members GNP+ and Aidsfonds — building on their experience as co-chairs of the HLM Multi-Stakeholder Taskforce — worked with the HIV Policy Lab to develop the HIV/AIDS Language Compendium. The compendium is focused on the meaning and legitimacy of language vindicating the human and sexual and reproductive health and rights of people living with HIV, key populations, and others at risk of or affected by HIV.

The compendium includes research and analysis on the authoritative use of such language in past high-level meetings, other United Nations fora, and in official publications of UN agencies such as UNAIDS and WHO. Findings include past use and interpretation of language, established definitions, and scientific evidence for each of the topics.

“Conservative opposition to a rights-based approach to HIV is mounting, and it begins with challenges to how the world speaks about rights in the context of HIV,” Florence Anam, GNP+ program manager explains. “We hope this is a tool that government officials, civil society, and community leaders can use to hold nations accountable for their past commitments and a defense against efforts to reverse the tide of progress on sexual and reproductive health rights.”

The guide has already been well-received by government officials from countries such as the Netherlands and Canada that continue to support evidence-based approaches to tackling the HIV pandemic. UNAIDS estimates that in 2020, almost 40 million people worldwide were living with HIV.

To end AIDS as a public health threat, “we have to stand up for bodily autonomy and the freedom to love whom you love”. Liesje Schreinemacher, the Dutch Minister of Foreign Trade and Development Cooperation, could not be more clear in her message, underlining the Netherlands’ commitment to a rights-based approach to HIV/AIDS. The growing pushback is – according to Schreinemacher – something we cannot accept, and we need to protect especially those who are criminalised because of their gender identity or HIV status.

“Negotiated language and documents that protect the health and rights of key populations – including women and girls provide powerful leverage for civil society advocacy and government diplomacy,” said Anita Vandenbeld, Parliamentary Secretary to the Minister of Development Cooperation of Canada. “Like-minded governments and civil society can strengthen collaboration to mitigate threats posed by organized opposition — but we must work smarter within the multilateral space.”

Vandenbeld concluded: “We will continue to work to protect language that recognizes intersecting vulnerabilities and inequalities, including sexual orientation and gender identity.”

This article was originally published here.