/  Resources  /  Gender, power, and violence: A systematic review of measures and their association with male perpetration of IPV

Gender, power, and violence: A systematic review of measures and their association with male perpetration of IPV 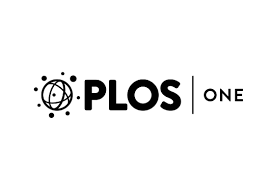 Harmful gender norms, views on the acceptability of violence against women, and power inequities in relationships have been explored as key drivers of male perpetration of intimate partner violence (IPV). Yet such antecedents have been inconsistently measured in the empirical literature. This systematic review aimed to identify which measures of gender inequitable norms, views, relations and practices are currently being used in the field, and which are most closely tied with male IPV perpetration.

We searched five electronic databases to identify studies published between 2000 and 2015 that reported the association between such gender inequities and male perpetration of IPV. Identified scales were categorized by content area and level of generality, as well as other attributes, and we compared the consistency of scale performance across each category

Twenty-three studies were identified, employing 64 measures. Scales were categorized into three main thematic areas: views on gender roles/norms, acceptance of violence against women, and gender-related inequities in relationship power and control. We also classified whether the scale was oriented to respondents’ own views, or what they believed others do or think. While overall, measures were positively associated with IPV perpetration in 45% of cases, this finding varied by scale type. Measures inclusive of acceptance of violence against women or beliefs about men’s sexual entitlement, followed by scales that measured respondents’ views on gender roles/norms, were most consistently associated with IPV perpetration. Measures of relationship power showed less consistent associations. We found few scales that measured peer or community norms.

Validated scales that encompass views on the acceptance of violence against women, and scales inclusive of beliefs about men’s sexual entitlement, may be particularly promising for unpacking pathways to IPV perpetration, targeting interventions, and monitoring progress in IPV prevention efforts. A number of gaps in the literature are identified.