/  Resources  /  Blog Series: Menstruation Norms in Nepal and Beyond

Blog Series: Menstruation Norms in Nepal and Beyond 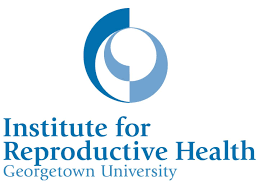 Recently, Nepal has received a lot of attention from the international community due to a New York Times article on Chhaupadi – the practice of isolating menstruating women and girls – and social taboos around menstruation. As part of the Fertility Awareness for Community Transformation (FACT) Project, the Institute for Reproductive Health (IRH), at Georgetown University is undertaking the Pragati intervention in Nepal. Pragati aims to increase fertility awareness and to change social norms that reflect negative attitudes about menstruation and lead to behaviors that are harmful to women. In this three-part blog series, three IRH colleagues – Ojashwi Pathak, Shwetha Srinivasan, and Sarah Thompson – explore menstruation norms through their personal experiences as women and through qualitative data analysis of such taboos in Nepali society. The authors reflect on the current state of menstruation-related norms, discuss whether these norms are changing in Nepal, and elucidate what can be done in the future by practitioners and researchers to destigmatize menstruation.

In the first two posts of this this three-part series, we discussed the evolving menstrual norms in Nepal. This final blog will reflect on programmatic opportunities to address these harmful norms for communities.

Before engaging with communities on sensitive topics, researchers and practitioners should understand their own biases.

Similar cultural stigma and taboos surrounding menstruation are not only present in Nepali culture, but in every society to varying degrees. Until the 1970s, women in the Catholic Church were not able to approach the pulpit when menstruating. And in some sects of the Jewish faith, women must bathe in a mikvah after menstruation.

Menstrual stigma is reinforced throughout society via powerful socialization agents like advertisements, health curriculums, and myths passed down through generations. Stigma is also imparted on young people by their parents and friends. In the US, menstrual hygiene products are widely advertised, but the images associated with the product support many of the same norms present in Nepal, defining menstruation as unhygienic and filthy. Marketing teams package menstrual hygiene products in ways that suggest “graceful” management of your period requires discretion and odor blocking agents. Realities of menstruation are avoided when advertisers use blue liquid to emulate menstrual blood on television commercials. The word “period” wasn’t spoken on TV until 1985.

The first menstruation is an important life transition for any girl. At the onset of a first period, gendered parenting becomes even more overt. Girls receive messaging about their bodies and womanhood from parents and society that is often radically different than the messaging their male counterparts receive during the onset of fertility. From this point forward, as girls are faced with the idea that being “on the rag” is something that produces uncontrollable anger, craziness, and filth.

The qualitative findings from the FACT Project highlighted in the first two blogs show that beliefs and norms around menstruation were much more diverse and stubborn than we originally anticipated. The practice of Chhaupadi – banishment to a cramped, outdoor shack during menstruation – has led to the death of young girls and women in Nepal over the last few years, something worldwide news media has picked up on. This increased attention has led to policy change banning the practice and increased funding to tackle menstrual norms and stigmas all over the world. This is good news.

So what else can be done in Nepal and elsewhere?

One barrier to norms change is the ubiquitous perception among communities that menstruation and menstrual hygiene management (MHM) should remain in the feminine sphere and are not to be discussed with men and boys. However, men, especially elders, are often major decision makers in Nepali culture. They deciding if and where latrines are built, whether female family members are isolated and to what degree. They are often also the ones providing money to purchase pads and cloths. If we are to fully transform harmful social and gender norms surrounding menstruation, it is integral to involve and sensitize men and boys in discussions around menstruation and MHM.

Men and boys want to be more involved in these conversations too. Nepali men – young and old alike – often showed up to play the Pragati games and engage in discussions with women in their community. Normalizing menstruation within homes, schools, and communities between women and men will help reduce menstrual taboos while also promoting better MHM practices.

There are other promising programs outside of Nepal too. Much like the Pragati games, WaterAid formed community groups in Indian communities teaching male partners and elderly members about MHM through games and films. Training and awareness sessions were also held to encourage partners to be agents of change and to promote MHM in schools and in their communities. These interventions challenged the negative perceptions about menstruation held by men and boys in the community, allowing them to become better partners, fathers, and brothers and leading to increased self-esteem and less shame among their female peers.

Where Games Might Fit: Platform for Communications for the future

Games appeal to the human condition in ways other communication tools cannot, through stimulating and engaging visuals and rewards. With the right facilitation and discussion, games have potential to catalyze new conversations around menstruation taboos and norms in societies where conversations about such topics is not normalized. IRH is working with partner Gaming Revolution for Inspiring Development (GRID), on developing four of the Pragati reproductive health games into game apps in Nepal. These apps will integrate MHM and fertility awareness information onto free mobile phone games, a sustainable and fun platform for awareness building and communication that is also recognized as an important behavioral change tool. Our goal is to use the interactive nature of video games to raise awareness, engage, and inspire behavioral change around culturally sensitive topics among Nepali locals.

Our hope is that through Pragati and other future interventions, fertility awareness will empower young girls and women challenge the stigma of shame associated with their menstrual cycles, and that boys and men will act as partners in ending the oppressive cycle of exclusion from important educational and life events.

The potential to change harmful social and behavioral stigmas and norms is possible through open communication and awareness raising interventions that reach both men and women, young and old. Communities around the world need to work together to ensure no more young women should needlessly lose their lives in the name of menstruation taboos. Beyond Nepal, we must advocate across borders and sectors to tackle these norms and give people the ability to make the best decisions for themselves and their families.

You can read all the blogs in this link.