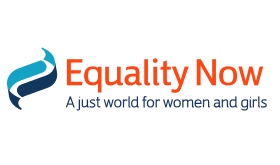 The government of Sierra Leone has finally lifted the discriminatory ban that prohibits pregnant girls from attending school, effectively heralding the beginning of a remarkable era for adolescent girls.

In a statement delivered to the Nation on Monday, President Bio resolutely declared that the 2010 decision of the government of Sierra Leone preventing pregnant girls from attending school was overturned and explained that,

“We have a moral and constitutional duty to protect the girl child and to change her outcomes. My government is focused on and committed to inclusive national development meaning the radical inclusion of every citizen regardless of their gender, ethnicity, ability and socioeconomic or other circumstances.”

President Bio’s statement not only lifted the ban but also put in place a policy on the radical inclusion of girls in education as well as the comprehensive safety of all children in the educational sector.

December’s victory at the ECOWAS Court

This declaration follows the ruling by the Economic Community of West African States (ECOWAS) Court of Justice on December 12, 2019, which found the ban to be in violation of the right of pregnant girls to education. The Court found the government of Sierra Leone to be in breach of Articles 2, 3, 17, 18, 25 of the African Charter; Article 21 and 28a of the Convention on the Rights of the Child and Articles 1 and 3 of the Convention Against Discrimination in Education.

In the case that was filed by Women Against Violence in Society (W.A.V.E.S), Child Welfare Society and Equality Now in collaboration with the Institute for Human Rights and Development in Africa (IHRDA), the Court held that there existed a policy which was discriminatory against schoolgirls in Sierra Leone as it barred pregnant schoolgirls from attending mainstream schools; and only allowed them to get their education in “special” schools that operated three days a week and taught four subjects.

A new beginning for pregnant girls in Sierra Leone

Equality Now’s Regional Coordinator for Africa Judy Gitau stated that the lifting of the ban marked a new beginning for girls in Sierra Leone.

“This is wonderful news! It is a recognition in Sierra Leone that girls have a right to learn; that girls have rights! That the girl child is an equal human being to her male counterparts in society.”

Ms. Gitau also pointed out that the government’s pronouncement was a step forward for justice as it directly complied with the ECOWAS judgment and the specific orders that had been issued by the Court including addressing some of the drivers of teenage pregnancies in Sierra Leone. She, however, cautioned that there was still work to be done.

“The huge task ahead is that of implementing these policies so that the vulnerabilities that resulted in girls getting pregnant in the first place, key among these being sexual violence and sexual exploitation, are fully addressed. We nonetheless celebrate this decision.”

W.A.V.E.S Executive Director Hannah Yambasu added that education was a right for girls in Sierra Leone and that the government had a responsibility to ensure that all members of the society had equal access to education.

“This is the realization of the girls’ right to education. We have won the battle but we must now work to shift community attitudes in order to win the war. We will keep vigilant as we await the implementation of these policies.“

Defense for Children International (DCI) Executive Director Abdul Kemokai stated that the lifting of the ban was a win for the girls, their parents as well as the government.

“We now need to implement effective strategies for inclusive education considering the special needs of girls.”

“This decision could not have come at a better time as we now face a possible quarantine for the COVID-19, similar to what we faced during the Ebola crisis which saw numerous girls get violated behind closed spaces. We celebrate but continue to champion the rights of women and girls.”

On the same topic, Ms. Gitau reiterated the timeliness of the decision stating that:

“Although Sierra Leone does not have any confirmed cases of COVID-19, the similarities in preventative measures to tackle the two viruses, including quarantine restrictions, exacerbate adolescent girls’ vulnerabilities to sexual violence. This decision reaffirming the dignity of girls and the need to protect them comprehensively, therefore, is critical and timely.”

Pregnant girls in Tanzania are still excluded from school

Unfortunately in Tanzania, school-going girls who fall pregnant are still at risk of being locked out of the country’s education system. Since independence, Tanzania has had a discriminatory ban that denies pregnant school girls their right to education. This ban has been reinforced by political statements made by the Head of State calling for a total denial of the right to education for girls who conceive. According to the Centre for Reproductive Rights, more than 55,000 schoolgirls in Tanzania have been expelled from school over the last decade as a result of the ban. They too need our support and we are working to remove this discriminatory ban so that girls can enjoy their right to education.