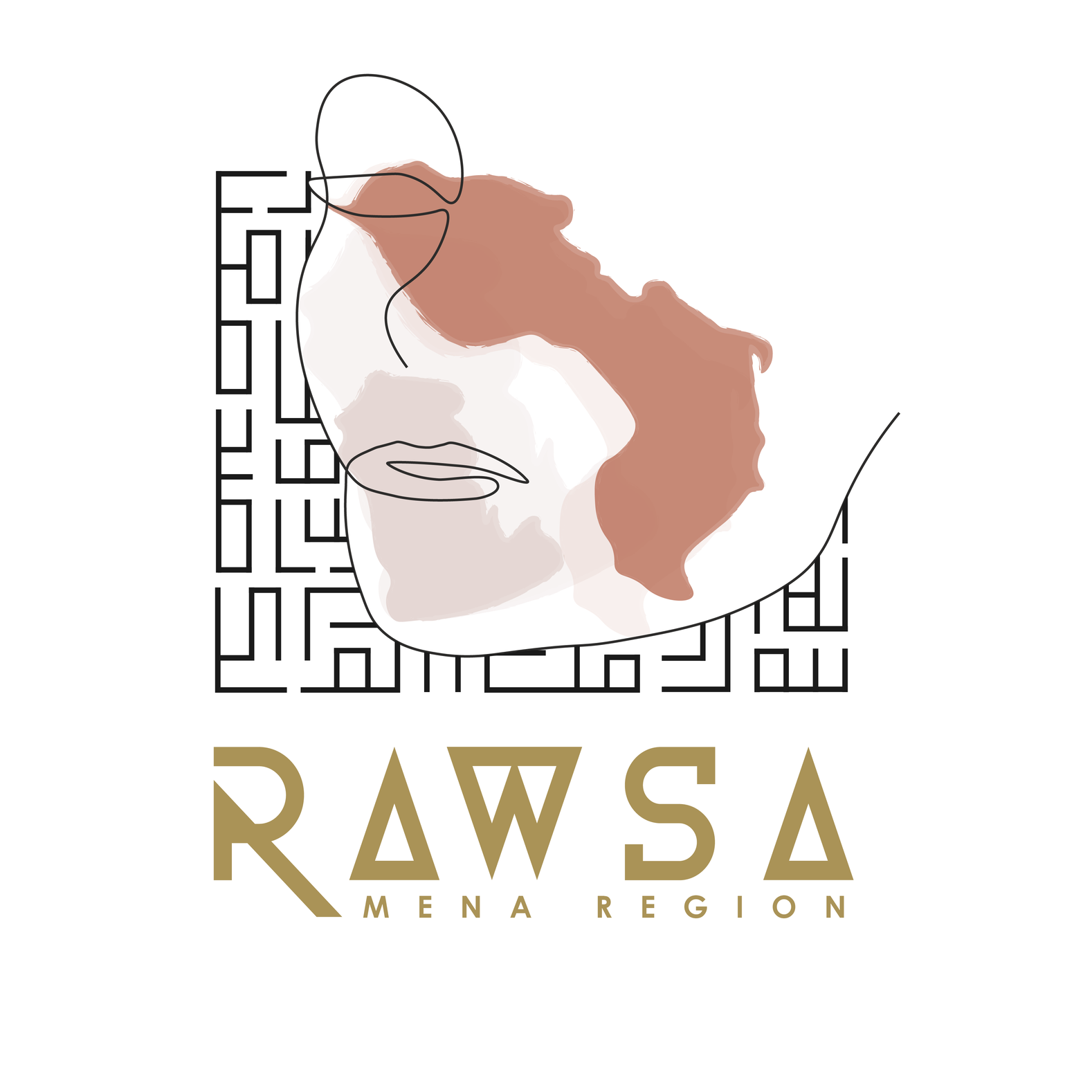 We, members and partners of the Right and Access for Women to Safe Abortion and SRH&Rs (RAWSA) in the MENA region, issue this statement today to ask for justice, equality and fair treatment to ensure bodily integrity for each woman in the Middle East and North Africa (MENA) region and elsewhere in the world.

Now more than ever, we are witnessing severe violations of women’s legitimacies denying their inherent right to access safe & legal abortion and reproductive rights. From the United States where abortion was annulled opposite to the country’s constitution, to China which enforced coercive abortions to only then restrict abortion in order to increase population numbers; to Iran, which imposed a criminal law in 2021 that severely prohibits access to abortion & contraceptives, to other countries in the Middle East and North Africa (MENA) region where abortion is a “taboo” that cannot be addressed under a system of very restrictive laws. Sadly, violations of women’s rights are a legacy, and have been enshrined in many unjust laws of different patriarchal societies until today. Undoubtedly, the laws and policies that deny our rights as women and full citizens to access safe and legal abortion are grounded in the social norms of a world that is becoming more misogynistic due to extreme male-supremacism.

In fact, the right of women and members of LGBTQ community to have control over their own bodies, future and fates are met with fierce, radical opposition and claims to protect “fetal life” but fail utterly to protect women’s dignity, let alone the lives of children after they are born who could suffer from lack of basic needs especially in times of uncertainties, wars, pandemics and economic crises where we live now. The pushback against reproductive rights requires a real joint action to overcome these unjust structural barriers that stifle women’s natural rights to control their destinies and lives and enjoy bodily integrity.

It is a joint loud call to action, led by RAWSA MENA network along with its partners, in a very unpredictable age of uncertainties, as while we are all suffering from man-made disasters, unjust wars, fierce pandemics, repressive governments, we find women and girls in both North and South of our world still fighting unjust laws that deny our simplest fundamental rights. However, these all uncertainties and fears will not stop our struggle, or weaken our commitment to fight for our rights and liberties, including access to safe abortion. In fact, at this time of uncertainties we are brave more than ever, determined and louder than before to continue the battle and attain our entitlements. This Sept 28 – International Safe Abortion Day (ISAD), we stand in solidarity to claim our right to # SafeAbortion. 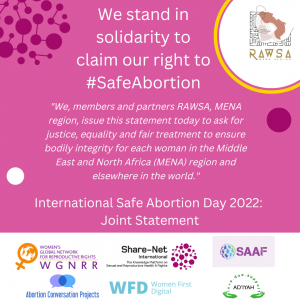