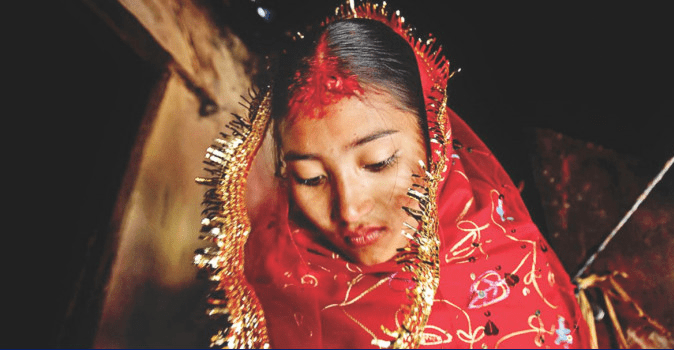 In his keynote speech, Jahangir Alam noted that the trend not only increased in each sub-district of the district, but also the high rates of increase. “Apart from Eidgaon and Ukhiya, we found out the rate in Ramu at 72 per cent, Teknaf 66 per cent, Moheskhali 61 per cent, Kutubdia 54 per cent, and Cox’s Bazar Sadar 51 per cent. Only in Chakaria (32 per cent) and Pekua (26 per cent) do they fall below 50 per cent.”

In another presentation on the multidimensional impact of child marriage, Md. Mujibul Haque Munir, Joint Director of COAST Foundation, said due to such high rates of child marriage, the birth rate in Bangladesh is highest in South Asia.

The study covered 384 families as a sample by which they or their close relatives had been involved in at least one child marriage during 2020 and 2021. Among the respondents, 63 per cent were female and 37 per cent male.

Asked about the reasons why child marriage had increased, 63 per cent of respondents said child marriage rates increased because of the COVID-19 outbreak. Some 47 per cent said closure of schools, which was also due to the pandemic, was the main reason for increasing child marriage rates. The third-biggest reason to emerge from the survey with 26 per cent, was the economic crisis triggered by Covid-19. The fourth most important reason, reported by 22 per cent of the respondents, was unemployment leading to economic insecurity.

The link to poverty is also established, as the rate of child marriage was by far the highest (64 per cent) in low-income families. It almost exactly halved (32 per cent) in the middle-income families, and dropped to just four per cent in the well-off segment.

While commenting on the prevention of child marriage in their community, choosing multiple answers, 65 per cent of respondents said, stopping fake birth registration is the key to prevent child marriage.