/  News and Blogs  /  Child brides are still children, and they need our help

Child brides are still children, and they need our help 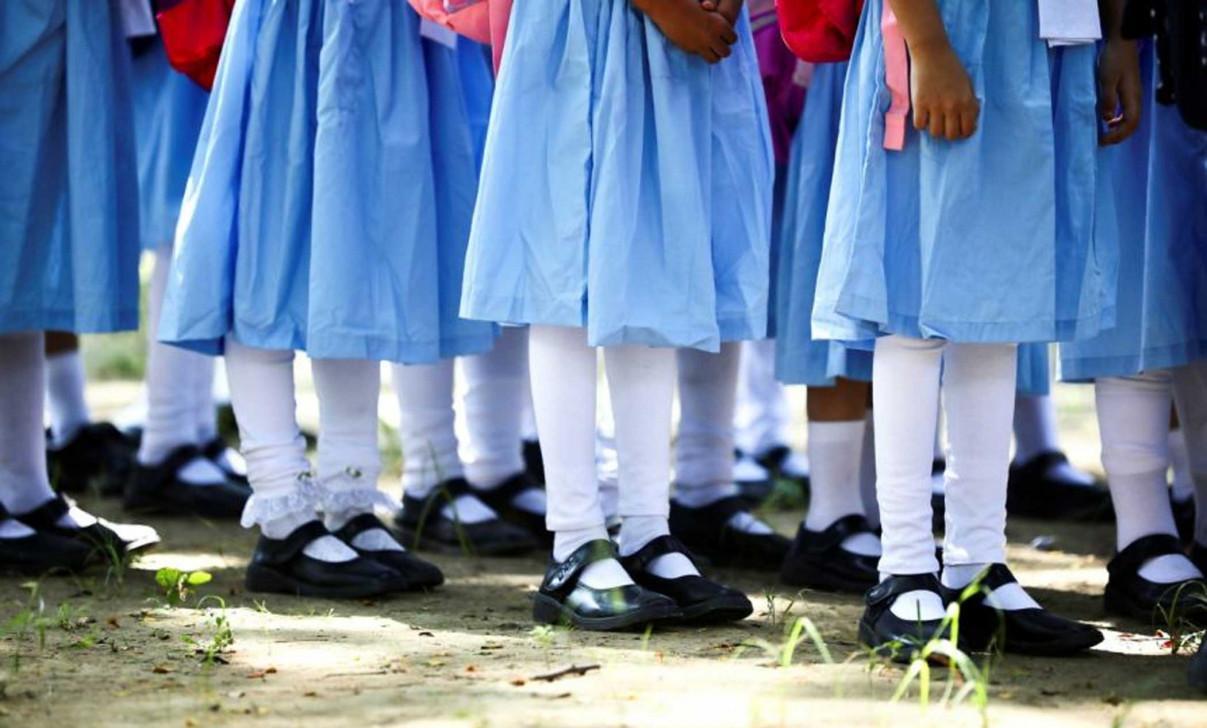 Reports of classrooms empty of girls in the ninth and tenth grades are coming from all over Bangladesh. This is an opinion piece authored by Shaheen Anam, Executive Director of Manusher Jonno Foundation (MJF).

Shorolika Parveen from Kurigram dreamt of playing in the national football team someday and had even received a best player award from the Prime Minister of Bangladesh. However, that was not to be. The ninth grader became a victim of child marriage during the pandemic, as did seven other footballers in her class. Now, instead of planning the next pass or goal on the football field, they manage households with all its responsibilities. The question is, do her dreams and aspirations have to end with marriage?

At 51%, Bangladesh has one of the highest rates of child marriage in the world. The present commitment of the government is to eliminate marriage below 16 years by 2024 and completely eradicate it by 2041 (this deadline has been changed from 2030 to 2041). The Child Marriage Restraint Act 2017 sets the minimum age of marriage for males at 21 years and for females at 18 years, with provisions for punishment of up to five years in jail for offenders. However, till date, we don’t know of anyone who has been punished for this offence. The Act contains a clause that allows marriages for girls under 18 in “special cases” or for “the greater good of the adolescent”. The special provision was vehemently opposed by child rights and women’s rights organisations but has not been removed, giving an excuse to parents and marriage registrars to conduct such illegal marriages.

Women’s and child rights activists have found it difficult to prevent child marriage due to multiple factors, such as traditional norms and practices of families that still believe that the earlier a girl is married, the better it is for the reputation of the family. Insecurity and poverty are also major factors. However, another important factor is that those responsible to prevent it are never held to account for failing in their duties.

It is well known that women and children bear the brunt of any disaster, natural or man-made. And so it has been during the Covid-19 pandemic. Domestic violence soared to such levels that the UN Secretary General Antonio Guterres was compelled to issue directives to all member states to address this problem seriously. According to a report by UNICEF from March this year, 10 million more girls are susceptible to child marriage because of the pandemic.

Around 650 million girls and women who are alive today have been married in childhood, with about half of these child marriages occurring in Bangladesh, Brazil, Ethiopia, India and Nigeria. During the pandemic, given the financial crises families faced, along with closure of schools and insecurity regarding the future, young girls became all the more susceptible to falling prey to such illegal marriages in large numbers. Studies conducted by Manusher Jonno Foundation (MJF) in November 2020 revealed that over 13,000 such marriages took place in 21 districts in the country. In spite of such evidence from multiple sources, no action was taken to reverse the trend. Given the emergency situation, preventing child marriage was not a priority. Saving lives, providing relief to those most affected, getting the economy back on track, etc were deemed to be more important.

As predicted, an alarming situation has come to light after schools reopened on September 1 after 18 long months of closure. Reports of classrooms empty of girls in the ninth and tenth grades are coming from all over Bangladesh. Most absentees have become victims of child marriage. In Rajshahi, 6,500 girl children have become victims of child marriage, of whom 600 are in one upazila alone. Tangail reported 7,000 students in secondary classes who did not return to  school. It is believed this is just the tip of the iceberg, as no national figures are available yet.

The negative impacts of child marriage on the lives of young girls no longer require elaboration. It severely curtails their potential to take decisions, forcing  them into a physical and social relationship that they are not prepared for. There are countless stories of the horror young girls face when forced to marry older men who inflict sexual and mental torture on them. Let us not forget the 14-year-old girl from Tangail who died of genital bleeding last year, only a month after she was married to a much older returnee migrant worker. Marital rape is not recognised by the law and the victim has to be below 13 years of age in order to file for rape. There is no punishment for such abuse, torture and sometimes murder, which is hidden under the overall sanction of  “marriage”.

Given this situation, what can we do? Does a young girl have to forego all her dreams and ambitions just because she is married, and that too, forcefully and illegally? Does she cease to be a child with hopes to fly, to dream and to express herself? Does she become a housewife even if her heart is on the field or in school, playing, laughing and dancing with her siblings and friends? The answer should be an emphatic no.

It is wrong to treat them as married women and abandon them, simply moving on to try and prevent further early marriages. We must make a conscious decision together to bring them back to school, and give them a chance of following their dreams and having an independent life. The first step is to bring about a change in mindsets and attitudes. Just because a young girl has been forced into this situation—her life, her dreams and aspirations, should not end there.

There are examples of such positive practices. A partner NGO of MJF in Dinajpur has encouraged at least 56 child brides to return to school and attend classes while they continued to live with their respective husbands. This was done through negotiations with the husbands, in-laws and family members. It required the cooperation of elected officials, local authorities and school teachers. This model of bringing victims of child marriage back to school can be replicated all over Bangladesh. An important policy decision has to be taken not to discontinue their stipends after marriage. This will act as an incentive for families facing  economic hardship. Moreover, existing institutions and structures responsible for preventing child marriage at local levels, such as child marriage prevention committees, have to be activated and relevant officials must be held accountable for neglect of their duties.

Finally, the larger question is, what is the worth of a girl in our society? Is she loved and recognised for the joy and care she gives to her family, or is she a burden to be sent away at the first opportunity? It is a matter of national shame that in spite of the Prime Minister’s personal commitment to girls’ education, we now find classrooms empty of adolescent girls.

We urge the authorities not to treat children and women’s rights activists as adversaries. Together, we can take some bold decisions to reject traditional  practices that condemn a young girl to a life of household chores, just because she has been illegally married. We need to work in partnership with women’s rights organisations, civil society groups, teachers, elected representatives, local authorities and families to join in national campaigns to bring our girls, married or otherwise, back to school.