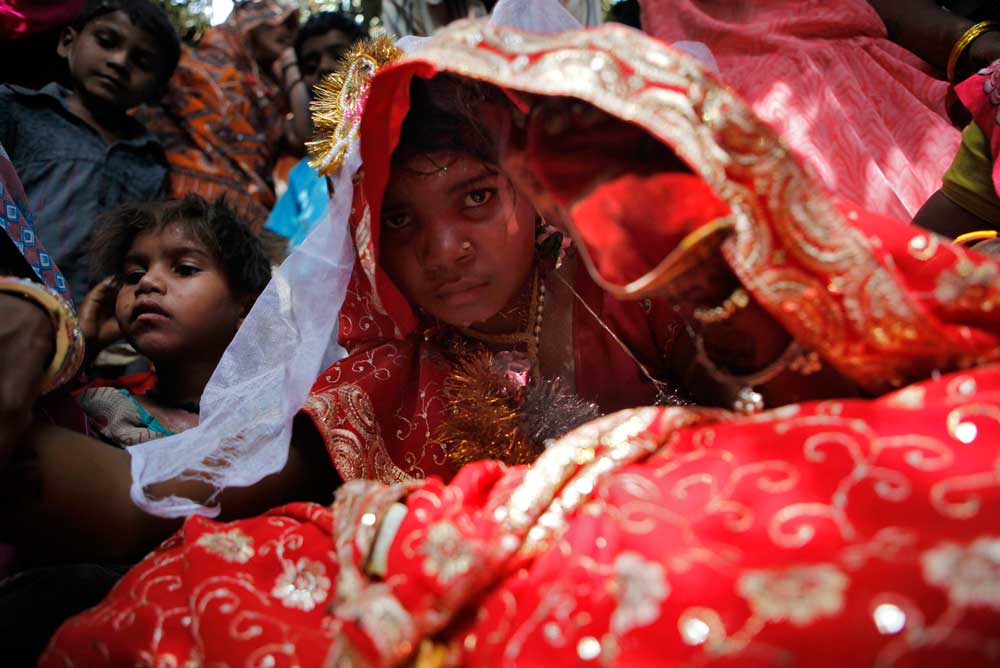 In Bangladesh, 51% of women who are currently aged 20-24 were married while they were still children, according to UNICEF. Around 6,500 female high school students in Rajshahi were married-off in the district during the last 18 months when schools were closed due to the COVID-19 pandemic.

The incidents of child marriage in Rajshahi city are much lower compared to the figures in the upazilas. A total of 19 children were married off in the Boalia area, while the number was 64 in Motihar.

Rokon Uz Zaman, head teacher at Palashi Fatepur High School in Bagha, said child marriages are taking place in secret despite various facilities, offered by government, to ensure continuous studies of female students. As many as 12 female students of his school were married off during the long closure, he added.

Chakrajpur High School Headmaster Abdus Sattar said there are only two high schools on the 15 chars in the Padma. “Around 35-40 female students of the two schools have been married off. They are not attending classes anymore,” he added.

Azizul Alam, chairman of Chakrajpur union of Bagha upazila, said child marriage is commonplace in char areas. “The people living on chars are poor. They think their boys and girls become a burden as soon as they mature a little,” he explained. “Even so, we try our best to raise awareness so that children are not married off. We inform the administration as soon we learn of any early marriage taking place and put a stop to it,” Azizul added.

Echoing, Bagha Upazila Secondary Education Officer said the authorities take necessary measures to stop early marriages, provided that they receive complaints. “But there is nothing to be done if parents marry off their children in secret,” he said, adding that parents need to be aware of the consequences of child marriage.

AKM Mahmudul Haque, associate professor at the Department of Political Science of Rajshahi University (RU), said that even the district’s COVID-19 death toll is lower than the number of victims of early marriage. “Most of these girls won’t be able to enjoy their adolescence or discover their potential. The harmful effects of child marriage are not limited to only them either, they will also have an impact on the victims’ future generations,” he said.

According to UNICEF, while the prevalence of child marriage in Bangladesh has dropped from over 90% in 1970, it remains very high — 51% of women who are currently aged 20-24 were married while they were still children. As a result, the country is home to 38 million child brides who were married before their 18th birthday, including 13 million who were forced into marriage before turning 15.